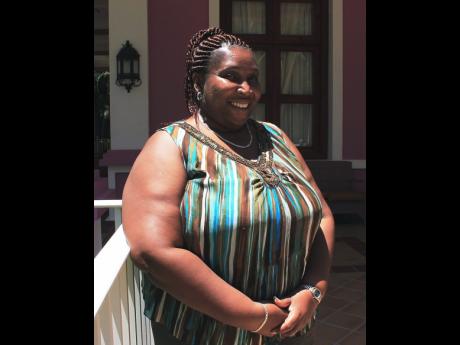 On Saturday, July 23, the Nurses' Association of Jamaica (NAJ), which celebrates its 70th anniversary this year, will host the National Nurse and Nursing Student of the Year awards ceremony at The Jamaica Pegasus hotel in New Kingston.

The event marks the culmination of Nurses' Week, and according to acting regional nursing supervisor for the North East Regional Health Authority, and NAJ executive member Dawn-Marie Richards, when it comes to Jamaican nurses, there is much to celebrate.

Speaking with The Gleaner at her office at the St Mary Health Department in Port Maria, St Mary, Richards noted that just two weeks earlier, a statue crafted in honour of trailblazing Kingston-born nurse Mary Seacole had been unveiled in London, England.

In the mid-1850s, Seacole travelled to Russia where she launched a popular facility to care for British soldiers during the Crimean War.

Although the venture forced the nurse into bankruptcy, when Seacole returned to England, members of the establishment, who were impressed with the quality of her patient care and service delivery, held a fundraising concert and arranged for the publishing of an autobiography to ensure that she remained financially stable.

Richards told Rural Xpress: "Mary Seacole was Jamaican, but sometimes kings and queens are not crowned in their own countries. For us, she is a pioneer in terms of nursing education and as someone who tried to organise nursing.

"In that time, as a black woman trying to do what white people would have seen as one of 'their jobs', must have been difficult. But she sought her own funding, prepared her own medicines, went to the Crimean War, did what she had to do, and helped make nursing what it is today."

Ironically, Richards observes that although the health-care system in Jamaica has developed considerably since the 1850s, in the 21st century, many nurses find the opportunities abroad far more appealing than those offered at home.

She explained: "The migration of nurses is a concern because usually migration takes our better, senior, or more specialist-trained nurses, and if we keep losing them, what will happen to our country?

"I think one contributing factor is that nursing operates on a very archaic cadre that has been in existence since before the 1960s. So, for example, a hospital like Annotto Bay started in the 1940s with an outpatient department, medical, surgical, and maternity wards, and a theatre that operated two days a week.

"Today, the theatre at Annotto Bay operates seven days a week and offers gynaecology, paediatric, anaesthesiology, and accident and emergency services, which it didn't before. So, whereas back then you may have only needed 30 nurses, today, you need 60 in the same building. This means we will have nurses, but they are not being appointed because there are no posts, which is frustrating."

Richards added: "The socioeconomic nature of our country at this time makes it hard for nurses to access housing or buy a car without borrowing money. And the public expects you to live comfortably, so when they see you on the road, you hear things like: 'Nurse, you a tek bus, and yuh work with Government how long?'

"Even studying is expensive. How do you survive when you earn $800,000, but your school fees are $450,000? These are just some of the things that force our nurses to seek a better life in another country."