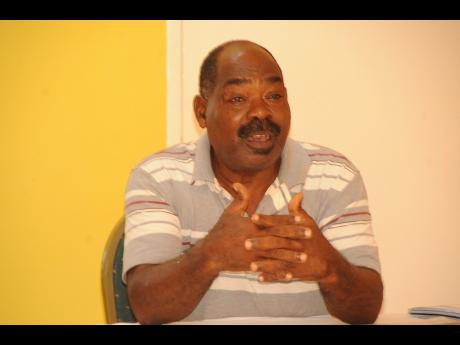 There are ongoing concerns in Falmouth, Trelawny, about the capacity of the town's leaders to create the conditions necessary to derive maximum spin-off benefits from its thriving cruise shipping business, which many feel is not being fully exploited.

Custos Paul Muschette and businessman Dennis Seivwright both expressed strong reservation about the direction in which the town is moving, in terms of its overall development.

"There does not seem to be a cohesive development plan for Falmouth, and the Falmouthians (residents) and the persons who want to buy into Falmouth do not really know in which direction the town is going," said Muschette, venting frustration with the situation.

"Over the last few years, we have lost at least five important heritage buildings in Falmouth. The port in Falmouth depends on the history of Falmouth, yet we are losing that heritage because none of the stakeholders believe they are responsible for maintaining this heritage," added the custos.

Seivwright said a number of development plans that have been drafted for Falmouth over several years have amounted to a major exercise in futility.

"You get a script, you start the script, then you throw it down and you start talking from your head ... . If you look at what is happening now, you see it is a perfect analogy of what is taking place," said Seivwright, in reference to the failure of the leaders to follow through with the various plans.

"We are not doing what we planned to do. We have to decide, as a collective, where we want to go and develop that policy and framework, and put that plan in place."

While a development order has been in place for Falmouth since 1996, and was submitted to Parliament to be forwarded to the chief draftsman in 2013, there seems to be some amount of ignorance about it. In 2015, Falmouth was poised for infrastructural development to the tune of J$448 million, of which $73 million was earmarked for rehabilitation work on the town's eastern approach, $175 million for the construction of a new market, and $200 million for street-scraping.

"I have seen the development plan for Falmouth, but the problem is that the plan is not being implemented, and there does not seem to be the will to implement it," said Delroy Christie, acting president of the Trelawny Chamber of Commerce.

Meadows, the Jamaica Labour Party's caretaker for North Trelawny, says the residents of Falmouth are disenchanted by the lack of growth opportunities from the cruise ship pier, a mindset bolstered by the perceived weakness of the town's governance.

"Falmouth's development, in my view, has been the victim of weak leadership over the years. There is a deficit of leadership in Falmouth at all levels ... . There is an absence of cohesive leadership," said Meadows.

"The cruise ship pier was seen as a catalyst for development in Falmouth, but it is yet to realise the promised and heralded plans on the part of who was selling it at the time, in terms of improving the lives of the people of Falmouth," he said.

"There is now a level of disenchantment that pervades the psyche of the people of Falmouth as a consequence of the disappointment that relates to that pier," added Meadows.