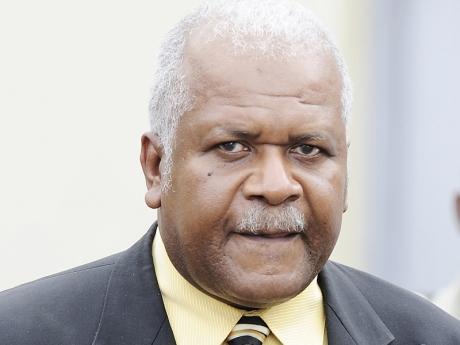 It's just over six years since the Rev Merrick 'Al' Miller was arrested and charged with perverting the course of justice after then fugitive crime lord Christopher 'Dudus' Coke was found in his vehicle along the Mandela Highway in Kingston.

Miller claimed he was taking Dudus to the United States Embassy to surrender to the authorities.

Today, a corporate area judge is to decide his fate.

Here's the timeline of how the events unfolded:

Police declare the popular pastor a major person of interest and ask him to turn himself in accompanied by his attorney. PHOTO: In this file image released by the security forces shortly after his capture, Christopher 'Dudus' Coke is seen wearing a wig and spectacles.

June 23, 2010
Miller, accompanied by his attorney, turns himself in at the police  Organised Crime Investigation Division in downtown Kingston.

June 24, 2010
After two days of questioning, Miller is arrested and charged with harbouring a fugitive and perverting the course of justice.

"We are on course for some good things in Jamaica so absolutely no regrets man," said a defiant Miller after posting $200,000 bail.

July 2, 2010
Miller makes his first appearance before the Corporate Area Criminal Court and pleads not guilty. PHOTO: In this 2014 file photo Reverend Merrick 'Al' Miller arrives at the Corporate Area Resident Magistrate's Court for the start of his trial.

July 24, 2014
Miller's trial begins. Police Sergeant Winston Radcliffe testifies that the popular pastor led police on a high-speed chase before his vehicle, with Coke aboard, was forced to a stop.

Miller's attorneys disputed this claim saying there was never an attempt to stop his vehicle.

June 14, 2016
Miller's sentencing postponed to July 22, 2016 because the trial judge was overseas on work assignment.