The Innovators' season six to focus on community impact 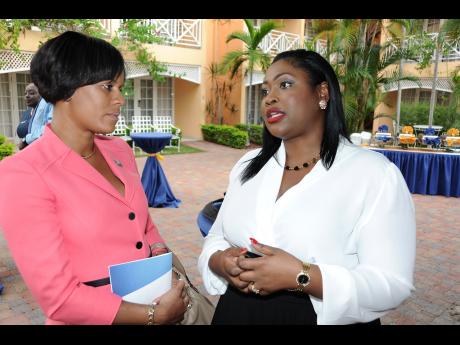 The impact of the contestants' business operations in their respective communities will be the main focus of the reality television series, The Innovators, when the show begins its sixth season in September.

The season, duly tagged 'Community Innovators', will focus on the challenges faced by 10 upcoming entrepreneurs as they work to make their operations beneficial for them and their respective communities. The Innovators is a 30-minute reality TV series first aired in 2011, which focuses on the challenges of upcoming entrepreneurs, dubbed 'assignments'. The show is now being aired in 18 countries.

The assignments will glean strategies from their mentors to manage, enhance their operations and achieve financial success. And, the winner of the series will receive a cash award from JN Small Business Loans (JNSBL).

"What we desire for our country is economic growth, which the average man and woman can feel," explained Yaneek Page, executive producer of The Innovators series. "And, more people would feel the impact of economic growth across Jamaica, if we had a large cadre of entrepreneurs who were purposefully building their businesses to increase the economic activity in their respective communities. That would definitely result in a major transformation." she emphasised.

Page said contestants will be judged on the number of persons they employed, the influence their business had in the communities in which they are located, and its overall potential to be successful. Gillian Hyde, general manager of JNSBL, sponsors of The Innovators for a third consecutive year, pointed out that the theme for this year's series was in keeping with JNSBL's outlook of building the economic base of communities through entrepreneurship.

"Community development through entrepreneurship has always been one of the main areas of focus for JNSBL. Since our inception in 2000, our clients have created and maintained some 100,000 jobs in the Jamaican economy and many of these businesses are community-based operations," noted Hyde.

"We welcome the theme and focus of 2016, 'The Community Innovators', which has been an avenue to expose micro entrepreneurs to the wider society. We firmly believe that by focusing on businesses that impact the community, the spin-off in the respective areas will be positive," she added.