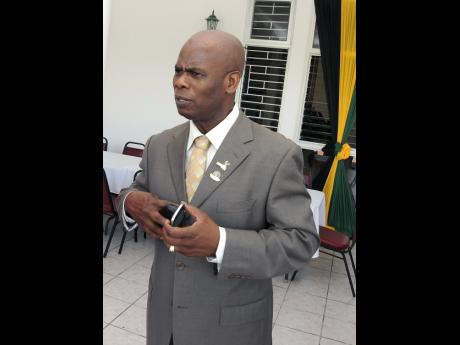 Steadman Fuller, custos of Kingston has described climate change as the single greatest threat to local agriculture and, by extension, the Jamaican economy.

"Sadly, ladies and gentlemen, the food security to which we are traditionally accustomed is under serious threat. Only this time, it is under threat not directly from crop diseases and pests or praedial larceny, but from a more severe, potentially devastating and costly phenomenon called climate change," Fuller told patrons on Sunday while delivering the keynote address on day two of the annual Denbigh Agricultural, Industrial and Food Show.

Explaining climate change as a "noticeable and sustained variation in weather conditions", the custos sought to drive home to his audience the impact of climate change.

"The excessive heat that we have experienced; the long, dry season and the disappearance of some of some of our beaches, such as what is taking place at Hellshire in Portmore, are the direct result of climate change. You may even want to account that the heat that you have been feeling today is part of that phenomenon. In relation to agriculture specifically, climate change is a ticking time bomb," Fuller declared.

"Just to give you an example, the destructive forces of flood and bush fires which destroy hundreds of acres of crops and farmland across Jamaica in the process, are reminders of our vulnerability to the intensity of natural disasters due to climate change. If left unchecked, climate change could reduce crop yields and the overall contribution of agriculture to national development. The farming sector could be wiped out if measures to safeguard the industry are not swiftly implemented and vigorously pursued."

Fuller said that the theme of this year's show 'Grow What We Eat ... Eat What We Grow Through Climate-smart Agriculture' is evidence that the Jamaica Agriculture Society is well aware of the imminent danger and is ready to have that important conversation with farmers and other stakeholders in order to avert the potential danger.

He also had a message for policymakers.

"While there is no simple solution to the threat and consequences of climate change, it is a reality that measures and strategies must be implemented to ensure that our farmers can continue to do what they have done for centuries, and that is feed our nation.

"As a nation, we have to introduce measures to embrace climate-smart agricultural practices, so that rural communities can remain economically viable; our tourism and hospitality sector can have a sustained supply of fruits and vegetables and high-quality products; (and) our agro-processing sector can achieve its growth potential."