‘This is a mess!’ … Jamaicans arrive at Rio Athletes’ Village to unfinished rooms 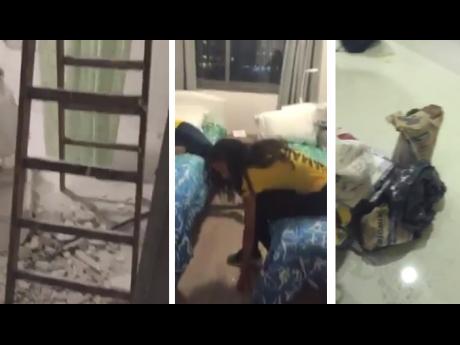 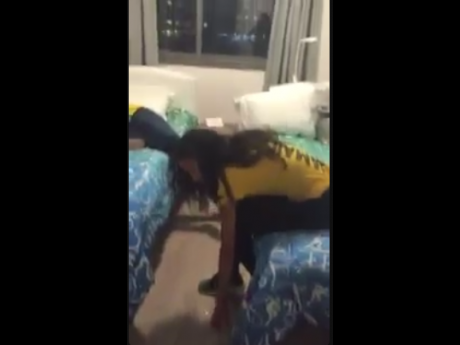 Jamaican athletes have arrived at the Rio Olympic Village in the Brazilian city to several unfinished living quarters with workmen still trying to make them livable.

Four athletes live in each block which comprises two rooms, two bathroom and a common area.

A video obtained by The Gleaner shows that in one block occupied by veteran quarter miler Novlene Williams Mills and 1500 metre runner Aisha Praught nothing appeared complete.

At the entrance to the apartment, buckets of paint, grout and other material were laid out for workmen who were still busy inside the living quarters.

Inside, there was still plastic covering on the floor, certain furniture were not yet in place, workmen were constructing the shower area, tidying up electrical wiring and tiles were yet to be laid in one apartment.

"I’m telling you, stuff like this a gwaan – mess, it’s just a mess!" said the athlete narrating the video.

Speaking on Power Play on Power 106FM last evening, Team Manager Ludlow Watts said about four of the rooms were not yet ready.

"What I think happens is that people are coming in now in droves and because of the pressure on the systems in terms of the plumbing system and the water system, that’s when they (organisers) are beginning to see that some of the things that they thought were in order are not in order."

Watts said the Chef de Mission of the Jamaica team, Vishu Tolan has informed him that the organisers have been aware of the shortfalls since Monday, but given the extensive work yet to be done in the athletes’ village it has been difficult for workmen to complete all the finishing.

This morning, Tolan told The Gleaner’s Andre Lowe in Rio that of the 24 rooms, three had water leakage.

"It’s been challenging getting Rio to complete anything on time," he said, but noted that the Jamaicans were not trying to be unkind to the organisers.

"I think the village is extremely wonderful outside of these issues which I believe between today and tomorrow will be rectified," Tolan said amid the sounds of music blaring from loud speakers as rehearsals got underway for the opening ceremony.

"Things will get better as we go along," he told Lowe.