Keeping the faith in hard times 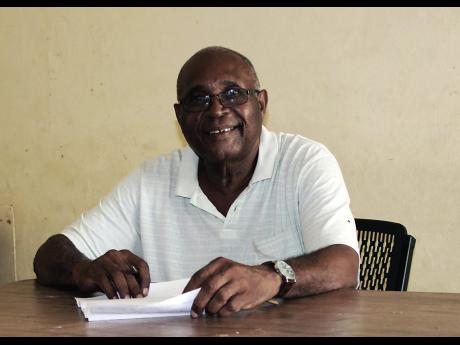 With crime sweeping the island, it is perfectly natural and probably a good idea for conscientious individuals to seek solace in the scriptures to help strengthen their resolve.

Accordingly, the curate at the St Cyprian's Anglican Church in Highgate, St Mary, the Reverend Seymour Hutchinson, believes there are several Bible verses and hymns Christians should utilise in times of discord.

Speaking with Family and Religion earlier this week, he said: "For me, Philippians 4:13 is a personal favourite ('I can do all things through Christ who strengthens me.') because all strength comes from God. And we can look at Psalm 46, which begins: 'God is our refuge and strength, a very present help in trouble'.

"There's also a song I normally use, Fight the Good Fight with All Thy Might [by John Monsell], which is about not giving up. These things assure me of the promise that no matter what we are going through in life, when you call, He will always become your strength and refuge, especially in times of trouble.

"I get the strength through His Holy Spirit because He listens when we talk to Him. He listens, understands, and knows, and so you put your faith in Him, and this is what we call the power of faith."

In spite of His unwavering commitment, Hutchinson, nevertheless, acknowledges that the decadence that often prevails in society can make it difficult for even the most devout believer to maintain trust in the Lord.

"Yes, things do get difficult, so you have to fight hard and you can't give up. You can't afford to lose hope, especially in the time in which we live, when demons are taking over people's lives and the power of evil is very rampant in the world.

"We can't afford to lose hope. We can't let Satan use these things that are happening to draw us away from our faith and belief in God because that is what the evil one wants. You have to hold on and be steadfast. Endurance is the key."

Looking ahead, the former scoutmaster and recipient of the Governor General's Achievement Award is preparing for the seventh instalment of the annual Highgate Health Fair, which will be produced next month by US-based charity, the United Friends of Highgate (UFH).

On Saturday, August 6, the charity hosts an Independence Day event at Highgate Primary School to help raise funds for the health fair, which delivers free services, including eye care, medical check-ups, and HIV tests to hundreds of residents.

As president of the UFH's local chapter, Hutchinson is encouraging all those in the vicinity to give their support by coming out to Highgate Primary. He said: "The event takes place on Saturday from 10 a.m. to 10 p.m. and is one of the fundraising events we do in support of our annual health fair that's coming up next month.

"It should be a good day because there will be something for everyone, lots of food and drinks and games, gadgets and rides for the children."