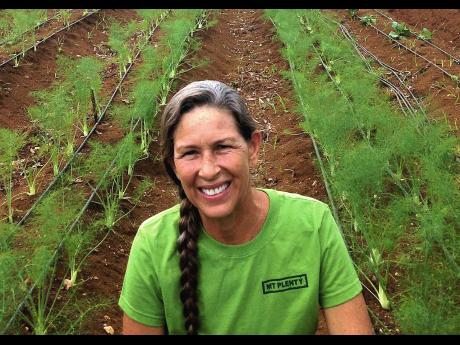 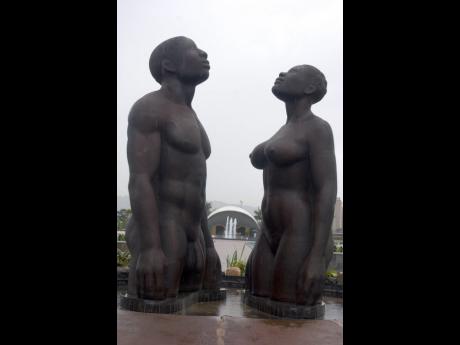 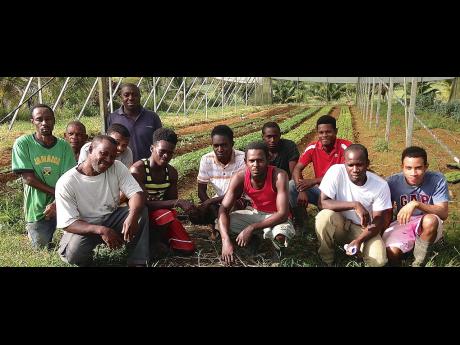 Contributed
Laura Facey's organic team that makes it all happen.
1
2
3

In an interview with Rural Xpress, Facey expressed joy at receiving the award.

"It feels wonderful winning this title - it's very encouraging!" she gushed.

It is a miracle that she actually won the award as Facey said she sees herself more as an artist than a farmer.

And one can easily understand that as her work speaks for itself, with the most famous being the 2003 unveiling of Redemption Song monument situated at the entrance to Emancipation Park in New Kingston.

Facey, who has been involved in the profession for more than 40 years, had a dream for about 30 of those years for the kind of farming in which she is now involved.

She had a longing to see more conscious methods of farming practised on their farm. In November 2013, she said the opportunity presented itself when volunteer, Lindsay Willemain, offered to teach her team organic farming for four months.

"After that, I was left holding the baby! We have been using practices accepted by the Jamaica Organic Agricultural Movement for nearly three years," she said.

With her first love being sculpting, it all came down to getting the vision a reality with a "great team".

"I had the vision for the project and am part of a team. First, you need a passion for working with nature. Then you need a team of committed farmers and volunteers who are willing to learn and work together. You need funding, determination and plenty of patience - change is challenging," said Facey on the road to taking the title.

Commenting on organic farming, Facey said there is a growing demand for it both locally and abroad, and for her, it would be amazing to be able to advertise the island as an eco-friendly and organic destination.

Facey, who farms mesclun, which is a mixture of young greens including lettuces, kale, cilantro, parsley, basil, hakure turnips, tatsoi and many other vegetables, said the main challenge for the team right now is keeping their production up and in sync with the demand.

"We've recently acquired a new tiller and bed maker, so hopefully, that will give us more time to focus on planting crops while improving our soil by cover-cropping," she said.

Facey's dream is for the Government to tap into the huge potential that is available through organic farming.

"There needs to be incentive schemes for our farmers to convert to organic. This should be backed up with the guidance of extension officers trained in organic production. Also, there needs to be access to affordable organic seeds and OMRI (Organic Materials Review Institute)-certified planting materials," she said.

The champion farmer is also calling for support with integrated pest management, increased access to markets with special care for processing, storage and transportation of the organic vegetables, a cost share for certification, and a general push towards developing awareness around the benefits of organic agriculture which includes the improved health benefits for the nation and environment.

Born in Kingston and now comfortably engaged in farming at the Mount Plenty Organics Farm in St Ann, her latest award will sit comfortably among the others - Order of Distinction - Commander Class, Women's Leadership Initiative, International Women's Day Award, Award for Excellence in the Arts 2015, National Gallery of Jamaica's Aaron Matalon Award for mixed media installation 'Plumb Line' NGJ biennial, 2010 and the Institute of Jamaica Silver Musgrave Medal for Sculpture, 2006, among many more.