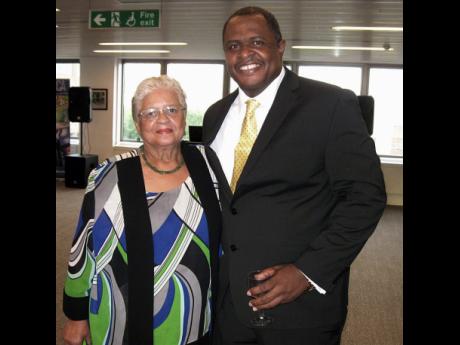 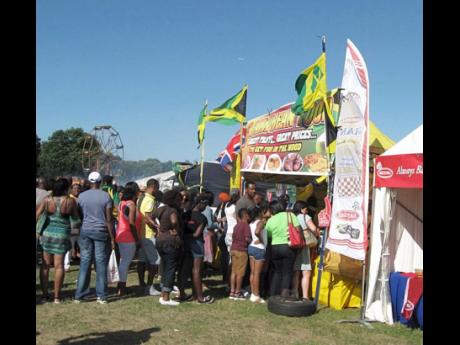 Patrons queue to make their purchases at one of the food stalls at the Jamaica School Basic School Fun Day in Crystal Palace. 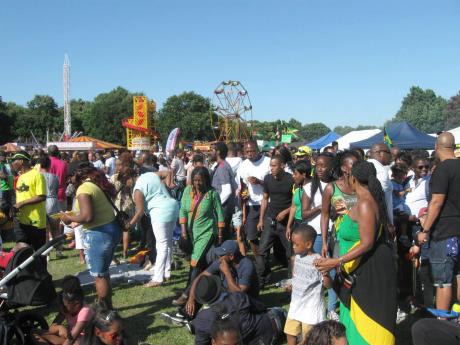 Part of the crowd at Jamaica Basic School Fun Day in Crystal Palace on Sunday.
1
2
3

JAMAICANS in the United Kingdom wrapped up Independence celebrations with a series of events last weekend ranging from church services, receptions, dinners, and dances to outdoor fun-day activities, which attracted an outpouring of patriotic support.

The Jamaica High Commission set the tone with its annual Independence reception on the roof terrace of the International Maritime Organisation on the south bank overlooking the River Thames and the Houses of Parliament on Friday, August 5. Guests were treated to a delightful Jamaican buffet and a cabaret performance by True Identity, a trio of ladies who ran through a series of popular Jamaican songs, covering ska and reggae.

Newly arrived Deputy High Commissioner (DHC) Angela Rose-Howell welcomed guests and brought greetings and wishes from the Jamaican Government on the special occasion of the 54th Independence anniversary. Guests then witnessed the cutting of the Independence cake, participated in the raffle prize draws, and danced the night away.

The Association of Jamaicans UK Trust hosted its annual Independence gala ball on Saturday, August 6, at the Copthorne Tara Hotel, Kensington, southwest London, where again, DHC Rose-Howell was in attendance.

Ken Hanson, chair of the association, in his welcome address, gave an update on the activities of the organisation, which is one of the oldest in the UK, having been formed just months after Jamaica gained Independence in 1962. He again appealed for younger persons to become members of the association so that it could continue to support the welfare of Jamaicans in the UK.

Eminent poet and lawyer David Neita gave the keynote address, which focused on the many issues facing young people in society but which emphasised the importance of them staying focused in order to achieve their goals in life. Guests were entertained by an excellent piano performance from 19-year-old Lorenz Okello-Osengor and a live cabaret set from reggae singer Donna Marie.

On Sunday, August 7, there were outdoor activities in Birmingham and London as patrons made the most of the fine summer weather to attend the various Independence parties.

Thousands turned up at Handsworth Park in Birmingham for an open-air reggae concert and food festival, while in London, patrons descended on Crystal Palace for the annual Jamaica Basic School Foundation fun day, which included food stalls, art and craft stands, and entertainment for the children.

Earlier on Sunday, the Association of Jamaican Nationals Birmingham hosted a praise and thanksgiving service in recognition of Jamaica's Independence anniversary at the New Testament Church of God, Lozells, where the keynote speaker was Dr Anthony Reddie.

Other areas that hosted Independence celebrations were Huddersfield and Nottingham.