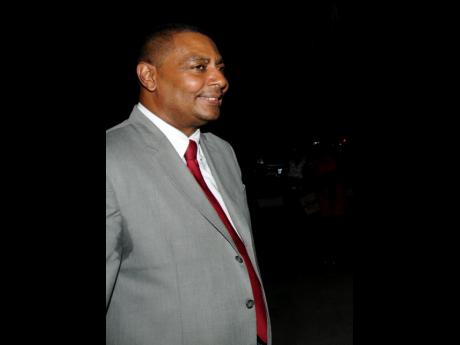 Jamaica and other Caribbean countries have not been doing a good job at establishing centralised water sewage systems to reflect suitable environmental standards, says David Geddes, executive director of the Organisation Of Caribbean Utility Regulators (OOCUR).

"There's still a whole lot more work that needs to be done," Geddes told The Gleaner, noting that much depends on government priority.

"Bear in mind that we always have to take into account that water is publicly owned. And whenever you are going to invest in water, that means that you're not going to invest something in education or national security or some other portfolio.

The issue is expected to be among a variety of topics at the 14th annual conference of OOCUR, to be held from October 26 to October 28 in Montego Bay, St James.

Meanwhile, Geddes, a former director in Jamaica's Office of Utilities Regulation, said apart from the competing interests governments face, there is also a significant cost to building a modern, centralised water sewage system.

A WORK IN PROGRESS

"You have to route all your water to that system, which involves laying new pipes in the road, which is costly; and rerouting, closing, decommissioning certain plants. It's not something that's going to happen overnight. If you look at Jamaica's case of their central waste water treatment system, you will see that that took many years to come on and it's still a work in progress," Geddes argued.

"But there are lots of benefits to it - environmental issues also cost, but there's a huge layout of funds. I'm not, by any means, underplaying the importance of the environment, it is very critical."

Access to potable water is important, he said, pointing to Trinidad and Tobago which, he noted, "has issues in getting potable water to a lot of communities across the country" and "their disposable income may be a little better than Jamaica".

He added: "To get to central repository for waste water is kind of almost putting the buggy before the horse, because you have to get potable water to the persons and simultaneously, or shortly thereafter, provide them with wastewater services."

The Jamaican Environment Trust, a local lobby, using the levels of pollution in the Kingston Harbour, has repeatedly expressed concerns about government efforts to tidy up the wastewater systems.

The United Nation's Caribbean Environment Programme has reported that sewage is one of the major causes of marine degradation in the Caribbean and has links to infectious disease.

Jamaica's Office of Utilities Regulation regulates the water and sewerage sector in Jamaica.

Last year, the National Water Commission and the National Commercial Bank signed a J$1.4-billion loan agreement to finance the rebuilding, rehabilitation or replacement of several wastewater treatment facilities across Jamaica.