Let me teach you how to win! - After six election victories, Ferguson offers classes to young Comrades 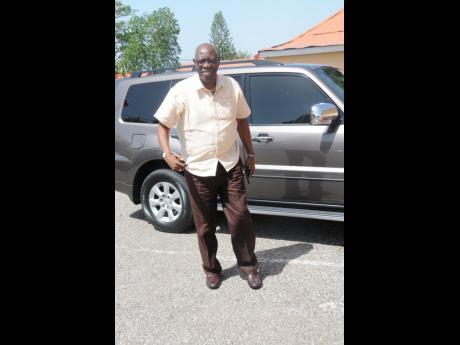 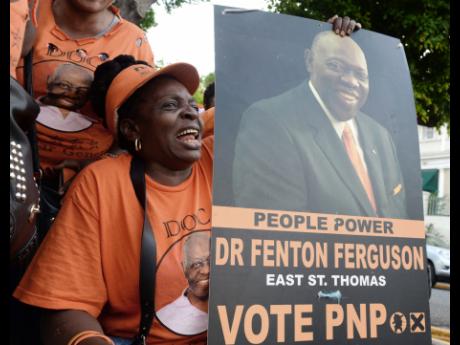 Jermaine Barnaby
Comrades demonstrating their love for Dr Fenton Ferguson, who they have sent to Gordon House on six occasions.
1
2

People's National Party (PNP) vice-president Dr Fenton Ferguson is offering to mentor some young Comrades with ambition to go far in politics, as he is worried that too many are "full of chat, with no political bite".

Ferguson, who has won the Eastern St Thomas seat on each of the six times he has contested it, says too many of the young persons who contested the 2011 general election on the PNP's ticket "chatted" instead of doing political work, and found themselves either not being selected to contest the 2016 general election or found themselves outside Gordon House when the votes were counted.

The self-styled 'Six-Star General', who first tasted victory in the 1993 general election, said winning has not been easy.

"People believe that my six election victories were six-easy. It's not six-easy elections. The last election was the hardest one, but I won by the most votes. While there was a national swing of seven per cent against the PNP, I was going in the opposite direction.

"My margin was three times what it was. It was nine per cent in the opposite direction," said Ferguson, who could be in for another big battle when he faces off with Angela Brown Burke, Lisa Hanna, Noel Arscott and Dr Wykeham McNeill for the party's four vice-president slots.

"But I was doing the work. I have made it clear that all politics is local. So when people was there running up them mouth, I was on the ground, doing the work, devising strategies. These young people must know how to win an election," declared Ferguson.

TALK IS NOT WORK

He said while the PNP now has several young persons who could have bright political futures, there are many who are disrespectful and who believe destroying political institutions and long-serving individuals would get them somewhere.

"Talk is not the work, work is work. It doesn't matter how bright you think you are, there are things you must learn from just basic experience. Being around people and learning the basics of party institutions.

"And if you start off when you are bright and you are humble, then you are a good candidate to move to excellence. But bright and brash will get you nowhere," added Ferguson, as he told The Sunday Gleaner that he would be willing to take some of the young Comrades under his wings.

"Even now, in this period, I am going to volunteer to take on some mentoring. Because I believe that you need some people who have been there for years to offer to mentor some of the young people who were parachuted into the process.

"There are those who have been thrown in safe seats so they do not know hard-nosed politics. They do not know what it is to fight to win a seat," said Ferguson.