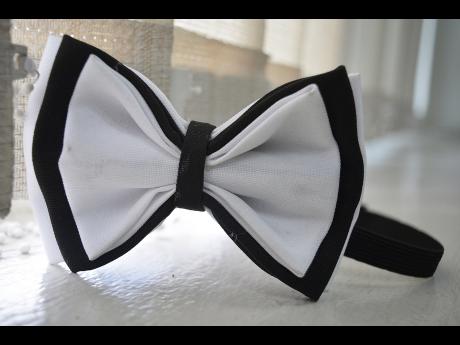 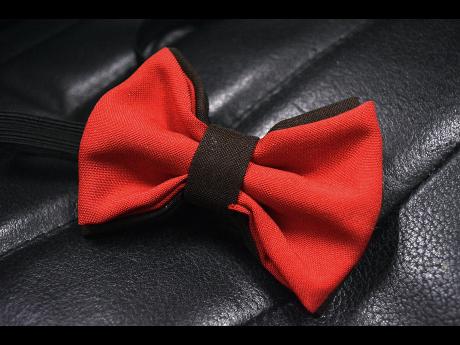 Tehri-Ann Brown
‘The King’s Bow Tie’ by Vashdie King, a new twist on a classic piece. 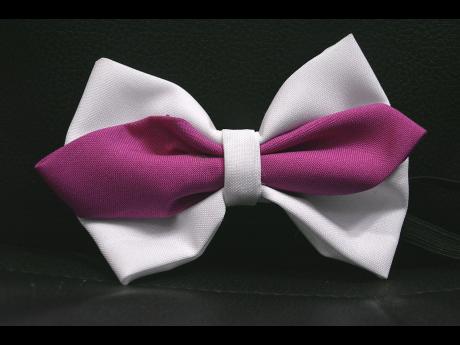 Tehri-Ann Brown
Vashdie King has found a way to improve on the basic bow tie, and colour combinations such as this are a favourite. 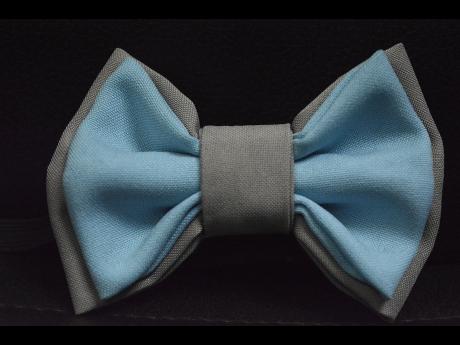 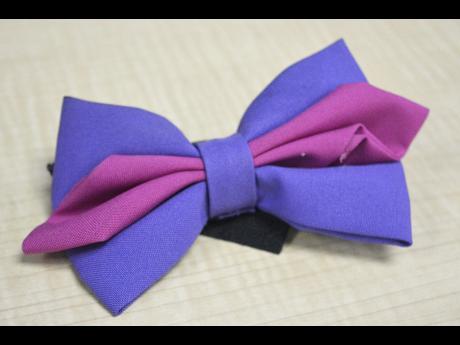 Vashdie King started making his own bow ties after he could not find the styles that he wanted to accentuate his attire. He felt those he saw regularly were too mundane, and it dawned on him that he could create interesting designs with patterns that would appeal to his individual style.

"I wanted my own style and I started making them. People started seeing them and asked me where I got them. I told them I made them, and they asked me to make bow ties for them as well," King said.

Choosing a myriad of colours and styles suitable for every occasion, King has begun to establish himself as a household name in Jamaica. He finances the business from the sale of his products and the salary from his day job.

"Work ends at five and I rush home and start making my bow ties. It's hard work because I have to find unique styles for my clients. I don't have a problem with the hours because it is something that I love to do," said the budding entrepreneur.

The 22 year-old, who hails from the Greenwich Town community in St Andrew, is hoping to make his business 'The King's Bow Ties' into a global brand.

"In another two years, I would like for my ties to be sold in stores locally and overseas. It will be an awesome feeling making my mark on the world," King said.

It takes King less than an hour to visualise and create his designs. He is able to produce up to 30 bow ties per day and for specific designs, he will take up to two hours from concept to completion.

Initially, the Kingston High School graduate wanted to become an accountant. Now a mixologist at Bling's Juices, a natural juice bar in Portmore, he is excited about the prospects of his bow tie business.

With just a few months into the business, having started in January of this year, King said his clients are pleased with his creations.

"I cater to everyone, male and female. They are quite intrigued as to how unique they are and have not seen anything like my designs anywhere else," King said.

King's bow ties are available for $800 upwards and can be viewed on his Facebook page: www.facebook.com/thekingsbowties. For more information, telephone 504-9795