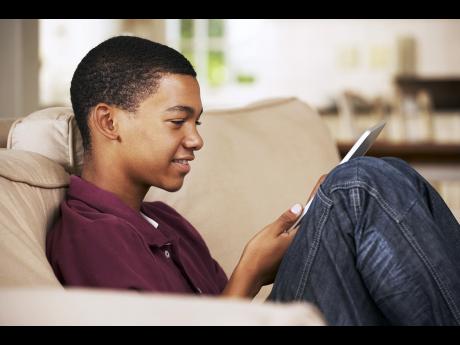 Many parents are unable to monitor what their children are doing online.

The Internet is the go-to source for many youngsters seeking information, playing games and socialising, but this also leaves them exposed to several predators who lurk online.

Many children are left to tackle these online threats on their own or depend on their peers for help, as their parents are unable to properly monitor them due to lack of knowledge and/or time.

Based on a survey conducted this year by the United Nations Children's Fund/Ipsos, some 88 per cent of Jamaican children believe they know more about social media than their parents and guardians.

"Right now, it is hard to monitor what they do. I just have to take away the phone from them as punishment or just tell them that I expect them to be responsible," said Charmaine Reid*, who has an 11-year-old daughter and 15-year-old son.

"I need something that is simple where I can block them from inappropriate sites, as you can't teach them to protect themselves, because they don't think that they need protection," added Reid.

Mother of four, Maizie Rhoden, admits to being concerned about her 17-year-old daughter's online activities, but said with even her nine-year-old being more knowledgeable about the Internet than her, she feels powerless to monitor their activities.

"I am concerned, because sometimes I will ask her to see her phone and she will say she wants her space. So there is nothing that I can do about it," Rhoden told The Sunday Gleaner.

Director of Communication and Public Relations for the National Parenting Support Commission (NPSC), Mikhale Edwards, is encouraging parents like Rhoden to not be daunted, but to seek help instead.

He added that the NPSC strongly promotes 21st-century parenting, which involves infusing technology in how children are parented.

According to Edwards, the answer is not to separate children from technology, as while it presents a lot of possible threats it also provides a number of opportunities.

"The NPSC understands that a lot of the challenges that exist now are perhaps challenges that did not exist 10 years ago, because the landscape has changed as it relates to information technology. So the parenting commission stands ready to fill that gap as it relates to education and creating awareness about the issues that parents face," said Edwards.

Deputy Superintendent of Police attached to the Centre for the Investigation of Sexual Offences and Child Abuse, Webster Francis, is urging parents to develop a close relationship with their children from a very young age, so they will feel comfortable sharing with them any concerns that they have, including those related to their online activities.

"The parent needs to encourage an open and trusting relationship with their children or their wards, for in so doing it makes it much easier for the child to disclose information," said Webster.