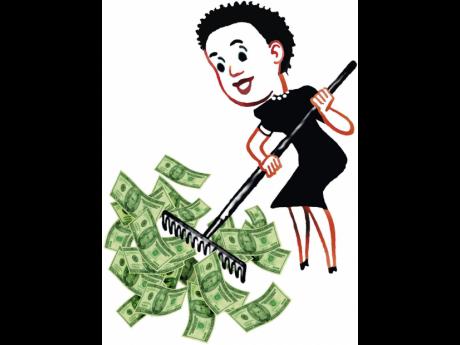 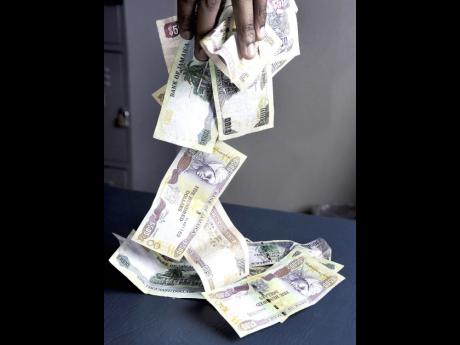 Where is the exchange rate now?

The exchange rate ended closing day on Tuesday at little less than J$128 to US$1. Coming from approximately $120 to $1 at the start of January 2016, consumers anticipated the rate to plateau at US$125 to J$1 the most. However, the depreciating trend has continued like a freight train and already the currency has depreciated by more than five per cent since the start of the year.

When was the last time the currency depreciated this rapidly?

The last time the currency depreciated this rapidly over an eight-month period was in 2013; having started the year at approximately US$93 to 1, the Jamaican dollar depreciated by about 8.6 per cent selling for a record high of J$101 by the end of August 2013.The trend continued and the exchange rate depreciated by more than 13 per cent for the entire year, closing at US$106 to $1 Jamaican at the end of 2013.

It was 2013 when the currency arrived at the feared US$100 to J$1 which was a great cause for concern. Many remain worried about the effects of this depreciating currency on the macroeconomy, including the cost of energy, the cost of imports, the cost of production, the overall cost of living and the country's already high external debt stock. The depreciating trend slowed to about 6.4 per cent for the entire 2014, and slowed further to approximately 4.3 per cent for the entire 2015 while the price of oil has remained low to counterweight the effect of exchange rate depreciation.

Now, with four months to go in 2016, how much further will the currency depreciate this year?

The pressure they outline, over the last few months, is occurring as a result of increased private capital outflow to purchase US dollars investment instruments. Although the BOJ reported that the local equity markets has improved further over the last quarter, the All Jamaican Stock Exchange registered growth between 64.2 per cent and 141.4 per cent, with the exception of the cross listed index, which they reported remained flat.

What about the other indicators?

The Planning Institute of Jamaica has reported that real gross domestic product (GDP) grew by 1.1 per cent in the last quarter; emanating from growth of 2.3 per cent in the goods-producing industry and 0.8 per cent in the service industry. Notable improvements in the goods sector came from agriculture which grew by seven per cent, manufacturing grew by 0.7 per cent, construction up by 0.4 per cent, while mining and quarrying, however, declined by 1.3 per cent.

As it relates to services, electricity and water grew by 5.5 per cent, hotels and restaurants grew by 1.6 per cent, government services, however, fell by 0.2 per cent. There was also a notable increase in the employed labour force by about 40,100 people. Overall, GDP at best is projected to grow at anywhere between 0.5 and 1.5 per cent on average for the entire year.

The International Monetary Fund (IMF) foreign currency inflows from the agreement alone are really not enough to provide the supply needed to stabilise the dollar. Jamaica does not have the ability to sell as much reserves to meet the demand as it would like to prevent depreciation. As a result, the exchange rate will continue to depreciate until Jamaica can replenish its reserves, attract foreign investment, increase local production for export or increase its foreign currency inflow by some means, while at the same time reduce its demand for foreign currency investments.

Jamaica continues to rely mainly on the IMF to support its foreign currency requirements. The country has not fully grasped the concept of sustainable balance of payments while economic growth remains anaemic in a fragile global geopolitical environment. Accumulation of capital is desperately needed to pursue more secondary production with value added to facilitate wealth creation for a nation. The creative industry has a lot of potential.