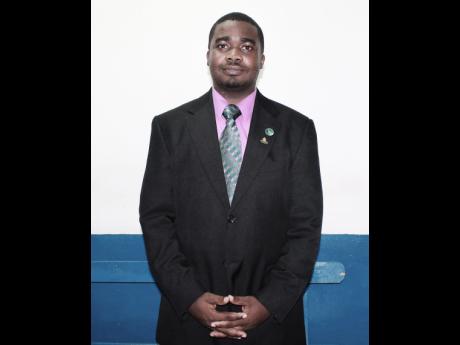 Orantes Moore
Pastor Danielo Daniels thinks the belief of obeah in St Mary is setting back the parish.

Necromancy and witchcraft are huge problems in St Mary, which prevents many people from developing a stronger bond with the Creator, one of the parish's youngest ministers has claimed. Speaking earlier this week, Seventh-day Adventist (SDA) Pastor Danielo Daniels said a poorly educated population, combined with a long-standing penchant for rituals, has led to a situation where a disproportionally high percentage of residents believe that certain individuals among them possessed magical powers and abilities.

Daniels, who is responsible for seven churches across St Mary and describes himself as 'a non-conventional minister', told Family and Religion: "The biggest religious issue facing the parish today may be the strong belief in obeah.

"For many individuals here, once something negative happens to them, their first thought is that the reason they are in that position is because somebody has done some [obeah] or gone [to an obeah man].

"I saw a lady the other day who shared with me some information about her medical situation. She asked my opinion, but not in a medical sense. She wanted me to indicate whether the situation could be caused by somebody doing something to her, and this person is a member of the church.

"I think this type of thinking in this region dates back to slavery and the days of Nanny and Tacky, who would have practised their type of their religious customs. If you go further (east), towards Portland and into the Buff Bay valley, you will find a strong presence of this kind of thing where individuals tend to think that somebody is always after them."

MUCH MORE TO BE DONE

Daniels noted that although SDA membership in St Mary and Portland had increased by more than 56 per cent from 18,000 to 28,000 in the 10 years since the formation of the North East Conference, on the issue of promoting Christian values, there is still much work to be done.

He explained: "There are still too many individuals who would rather seek out one of these [obeah] places than get on their knees and ask the Lord for wisdom. I was talking to someone this morning who was saying that she didn't understand why the Lord had to make her life so complicated.

"I tried telling her it is us, not the Lord that makes our lives complicated, and that she should fast, pray, and apply her God-given talents to get out of the financial challenge she is in rather than using her meagre resources of $5,000 or $10,000 to give to one of these individuals who claim to have powers to do this and that.

"I think we really need to focus on educating our people that the old-age thinking that one man, who is just as fallible as we are, is able to fix our situation."