Do you need to be re-baptised? 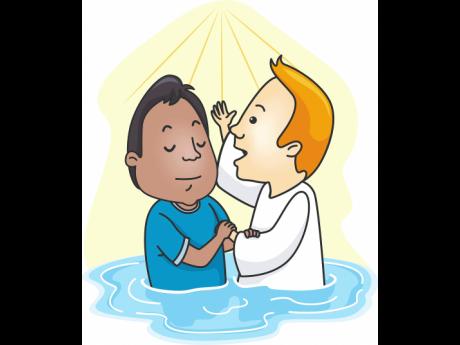 Consider how far you have fallen! Repent and do the things you did at first. If you do not repent, I will come to you and remove your lamp stand from its place. Revelations 2 vs 5

The above scripture has been the standard bearer for a lot of churches which uses it to command backslidden members who have returned to the fold to 'do their first works' and be re-baptised.

However, it has been a bone of contention for others as they do not see the need once they have repented of their sins to be baptised a second or a third time.

Wrong or right, they argue that the mere fact that they were sincere when they got baptised, strayed and returned with a very penitent heart then there is no need to 'show an outwards evidence of an inward conviction' once more.

Pastors though make the argument that baptism follows conversion and to show that the old man has been buried with Christ...hence the need to 'repeat the first works'.

Family and Religion reached out to Reverend Norman King, chairman of the May Pen Minister's Fraternal and pastor of May Pen Open Bible Church for answers on the issue.

Responding to the question on whether a second baptism is necessary, he said it all depends on how far gone a person is in sin and the state of their conscience.

"For example, a person may 'backslide' so often that he or she would need a weekly baptism. In this case, King said it would be good to make use of 1 John 1 vs 9 - "If we confess our sins, he is faithful and just to forgive us our sins, and to cleanse us from all unrighteousness".

According to King, baptism was designed to be a once only activity as quoted in Ephesians 4:5, "One Lord, one faith, one baptism".

Addressing the verse which sees many putting their interpretations on it, he said 'return and do thy first works' is actually motivated by 'first love'.

"However, work had taken on the cloak of religious acceptance, rather than inspired by love. Think about a marriage where duties are done, but love has grown cold. Work needed to be re-fired by love of Christ and the brethren," King explained.

He stressed that he did not see a correlation in the passage in Revelation relating to baptism.

"The emphasis is on someone doing something. Baptism on the other hand, is having something done to you. Also note that the passage did not say work singular, but works plural. This was to be ongoing activities, not single instances. The instruction was to repent, not keep on repenting," he said.

Bearing in mind that a second baptism is not mentioned in the Bible, King said one should be guided by Romans 14:23 "...whatsoever is not of faith is sin."

Addressing those who refuse a second baptism and doesn't see the need for another, King said their salvation does not depend on it.

"Think of the thief on the cross. He did not make it to the baptismal pool. Salvation comes through faith in Christ. However, it is a necessary response where possible, showing obedience to Christ's command," he said. familyandreligion@gleanerjm.com