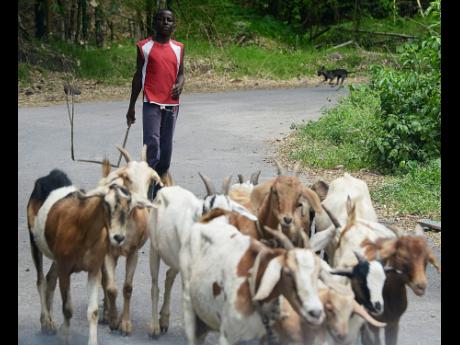 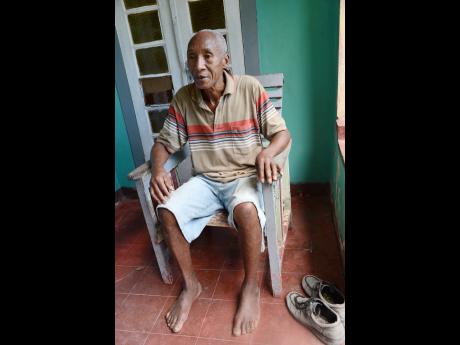 Ian Allen
Sixty-five-year-old Tyrone Cole has lost his pension to thieves who stole all his livestock. 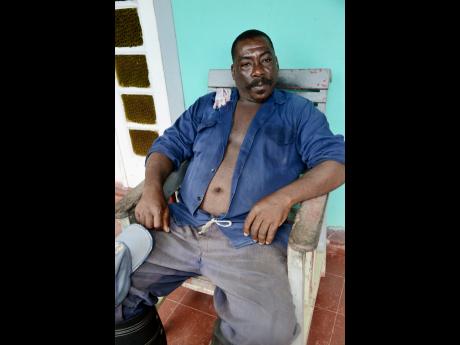 Ian Allen
Fitzoy Boyd: The situation has become so bad, that farmers are often forced to forego sleep to hold vigils on their farms at nights.
1
2
3

With troubled eyes and his body shivering uncontrollably, 65-year-old Tyrone Cole paints a painful picture of the devastation and loss being experienced by scores of farmers islandwide who are left to ponder their next move when thieves make off with their livelihood.

In Cole's case, the thieves literally stole his pension when they made off with the goats on his Clarendon-based farm last December.

While several of his cows and goats have been stolen over the years, the devastating realisation that he has no livestock remaining after more than 40 years as a farmer has proven too much for the senior citizen, and neighbours say it has "hit his nerves".

"I thought I had sugar (diabetes), but then I go and the doctor do the blood test and him say they find no sugar," said Cole.

He told our news team that he has lost a considerably amount of weight since the theft, and doctors have instructed him to try and eat more so his medications can be more effective at reducing the shivers.

But with no income, this is a challenge. Instead of going to his farm, he sits on his veranda these days reflecting on the years when he was able to provide jobs for scores of residents in his rural community.

Fellow farmer Fitzoy Boyd said that praedial theft is a major problem in Clarendon. The situation has become so bad that farmers are often forced to forgo sleep to hold vigils on their farms at nights.

But that is a risk, as there have been cases in recent times where farmers have been killed by praedial thieves. Earlier this year, a 76-year-old Clarendon farmer was killed, and police theorised that he was hacked by persons who were trying to steal his cattle.

Head of the Praedial Larceny Prevention Unit, Deputy Superintendent Kevin Francis, told The Sunday Gleaner that his team has been working assiduously in Clarendon to curtail this ballooning problem.

A number of meetings have been held with farmers and a variety of strategies have been employed, including an increase in the frequency of high-visibility patrols in some communities to help keep the thieves at bay.

"We realised the effort that is needed for Clarendon because it's one of the hotspots regarding theft of livestock in particular," Francis told The Sunday Gleaner.

"In Clarendon, the main thing that they steal is goats. Goats are easier to handle and are easier to transport compared to a cow, so to speak, and that is featured in Clarendon a little more frequently than the other parishes," added Francis.

But while Clarendon has been badly hit, other farmers across the country are counting the losses incurred from the theft of their livestock.

St Elizabeth farmer Hopie Coke estimates that praedial thieves easily robbed her of more that $1 million when they made off with 11 of her cows between July and August of this year.

Coke has been farming for only five years, but in that time, she has been hit several times.

"I lost five at one time, eight at one time and on different occasions, two or one," said Coke.

She believes the police have not been doing enough to curtail the problem, and this has made the job of the praedial thieves that much easier.

For many of those affected by praedial theft, farming has provided the only stable job in a country where unemployment is high.

One farmer in St Ann said that he started out raising goats, but had to stop when they started going missing. He then invested in cows, but saw little returns because on several occasions they, too, were stolen. Now at 70, he is a pig farmer, but in recent times, he has lost about eight of his pigs.

"They take the smaller ones alive, but they kill the bigger ones in the pen," he said.

"I am not young anymore and that is the only thing I see I can do right now. I used to do farming, but I'm not in the best of health anymore, so it's the easier one for me to do right now," he said.

He wants harsher punishment for praedial thieves and more resources for the police so that they can catch the culprits.

"Sometimes when I look on the TV and see how them slaughter people's animal, sometimes it brings tears to my eyes," he said.

Francis admits that there is definitely need for more resources, but he said his unit has been trying to make do with what they have and their efforts have yielded some amount of success.

Between the launch of the unit last year March and June this year, 171 stolen animals, 19 bee boxes and 4,120 pounds of meat have been recovered by the police. Several arrests have also been made.