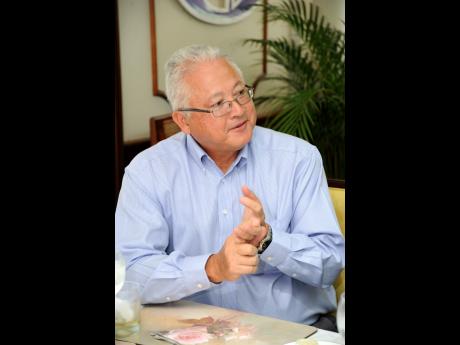 The disparity in sentences handed out to persons who plead guilty in criminal cases could soon be a thing of the past.

Sentencing guidelines for judges have been drafted, and once approved, persons who enter guilty pleas will have some certainty about the sentences likely to be imposed.

The guidelines, which could be made public as early as next week, are geared towards getting more persons to plead guilty and reduce the backlog of cases before the courts.

Minister of Justice Delroy Chuck, who is anxious to reduce the huge backlog of cases plaguing the justice system, says the new sentencing guidelines will be a major feature in achieving this goal.

ACT TO BE AMENDED

According to Chuck, the guidelines will be for all the courts and the Criminal Justice (Plea Negotiation Agreement) Act will be amended to ensure the process runs smoothly.

Chuck told The Sunday Gleaner that the sentencing guidelines had been circulated among the judges, and after they were agreed on, the public will be informed.

"I am very keen to amend and upgrade the act to encourage persons to plead guilty," said Chuck.

"My aim is to make it attractive for people to plead guilty. When the act is amended and comes into effect, I am hoping that at least 50 per cent of the cases will be disposed of by guilty pleas," added Chuck.

The justice minister told our news team that he is hoping that when cases come before the courts, either the prosecutor or the defence will initiate the measures which will be best to dispose of them.

The bill to amend the act should be ready within the next few weeks. Chuck said his initiative is to amend the law so that the accused and their lawyer can negotiate with the prosecutor and the judge the sentence to be imposed.

"If cases are weak, the prosecution should offer no evidence, and if the cases are strong, then it is in the interest of accused persons to plead guilty," stressed Chuck.

Last week, The Sunday Gleaner reported claims by attorney-at-law Lloyd McFarlane that some accused persons are not pleading guilty because they did not know the likely sentences.

But Chuck said that was not new to him as he is well aware that some persons are not pleading guilty because they do not know the likely sentence.

According to Chuck, once the sentencing guidelines are in effect and someone wants to plead guilty, the prosecutor and the defence can discuss the appropriate sentence within the guidelines.

He said there is going to be starting points in sentencing for guilty pleas, and mitigating factors will be taken into consideration.

Chuck noted that a judge could accept or reject the sentence suggested because sentencing will always remain a judicial function.

He said in cases where the judge felt the sentence should be more than what was being negotiated, then the accused has the option to withdraw the guilty plea and proceed to trial.

Judges can also impose a lesser sentence than the one negotiated but they will be tasked to take into account the public interest.

The prosecution is also being encouraged to meet with the police and the victim so that the concerns of victims will be taken into consideration in imposing sentence.