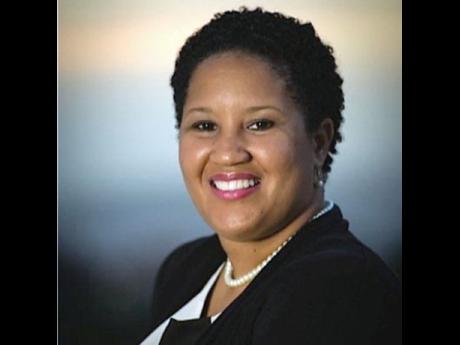 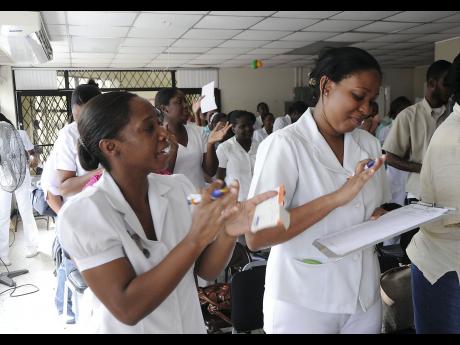 Ricardo Makyn
"... All of the nursing schools are hard pressed to find full time persons with that qualification..." - Evans
1
2

Classes for nursing students at the International University of the Caribbean (IUC) have been suspended as the Nursing Council of Jamaica (NCJ) has withdrawn approval for the nursing programme offered by the university.

IUC has, in the past month, been scrambling to shore up its teaching complement after a majority of the teaching staff for the nursing programme resigned at short notice in June.

IUC Vice-president of Academic Affairs Dr Makesha Evans explained that the university pulled out all the stops to meet the NCJ's demands to have the faculty replaced within a month.

The NCJ has, however, said that several lists of prospective faculty provided by the IUC did not meet its criteria.

Evans contends, though, that the NCJ was unreasonable in rejecting the prospective faculty lists it submitted, on the basis that the individuals listed did not possess a masters in nursing education.

"They specified that the persons who were going to replace those who had left had to have a master's degree in nursing education, but that qualification is extremely rare in this country. In fact, all of the nursing schools are hard-pressed to find full-time persons with that qualification, and us being a smaller nursing school in a state of upheaval, that, for us, was very difficult," she explained in an interview with The Gleaner.

Evans further questioned why the IUC was previously granted NCJ approval when few of its faculty members who resigned held a masters in nursing education.

She is of the view of that the NCJ was heavy-handed and uncaring in its approach to the plight of the institution and the students in particular.

"We are not disputing that the standards are required, but we felt that we could have been given additional time. Even if they had said to us 'delay the start of the semester', and give us some additional time to find the requisite persons," she said.

With the NCJ's approval withdrawn, the 120 students currently enrolled in IUC's nursing programme are today uncertain about their future.

"Our greatest concern at this time is that we do not believe that a solution could not have been found, which leaves students high and dry ... . The students came to us and talked about the additional cost of going to another institution, the fact that they might have to spend longer in the respective programmes of study, and some of them are traumatised because they feel that they are losing grip on a dream," Evans said.

According to the IUC vice-president, the students will face difficulties in finding a space in other nursing schools, given that much of these programme would have already met the student quota stipulated by the NCJ.

"The displacement of these students is not a small matter because they are trying to transfer into institutions that are already struggling to maintain a faculty to student ratio ..., so the bulk of them may not be accommodated. Would it not have been better to give us some additional time to meet that standard without just displacing these students?" she asked.