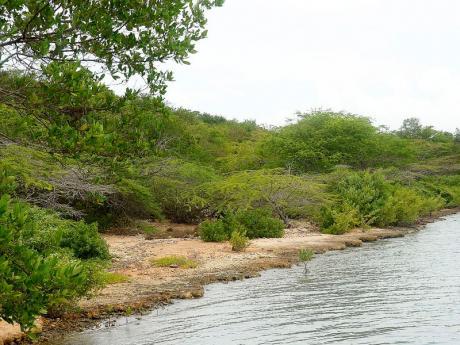 The Andrew Holness administration is pushing ahead with plans to develop a transshipment port and industrial and commercial zones in the environmentally protected Portland Bight/Goat Island area by China Harbour Engineering Company (CHEC).

The Government revealed its position in the latest Memorandum of Economic and Financial Policies submitted to the International Monetary Fund (IMF).

The indication from the Government that it is sticking with the Chinese proposal is significant because a framework agreement that was signed under the Portia Simpson Miller administration in 2014 expired in August.

The Government says a technical feasibility study for the project has started although a timeline for its completion was not given.

It said the feasibility study is a prerequisite for determining the construction methodology and for obtaining the terms of reference from the National Environment and Planning Agency for the Environmental Impact Assessment.

At the signing of the framework agreement, former Transport and Works Minister, Dr Omar Davies, insisted that it was only after the completion of the environment assessment that the project would go to the Cabinet for a decision.

While in Opposition, Holness' Jamaica Labour Party declared its support for the project on the basis that environmental conditions on the Goat Islands were not abused.

The Jamaica Environment Trust has warned the Government against using the Goat Islands saying the area is invaluable to Jamaica and should be protected.

It's reported that the proposed project would be a $190 billion investment in Jamaica.