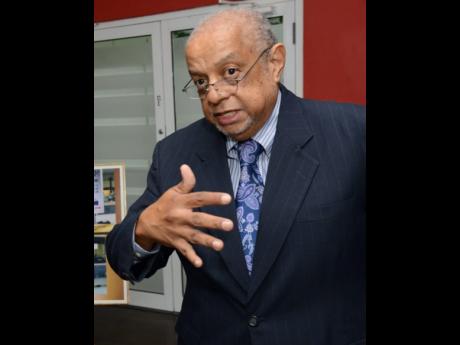 As reported in print media, the Economic Growth Council (EGC) presented its recommendations for stimulating stronger economic growth to Cabinet on Monday September 12. The recommendations emerge from a broad process of consultation with more than 80 entities including "various business groups, the confederation of trade unions, the opposition, public sector agencies, ministries of government, members of academia, the media, diplomatic missions, and multilateral development agencies". The process of consultation has aimed at building consensus for prioritisation for implementation.

The Deputy Chairman of the EGC admits realistically that "the solutions to Jamaica's problems are not unknown. They lie in copious reports, studies, commission findings, ministry papers, and executive plans that lie in the 'filing cabinets of Government". It comes as no surprise therefore that the eight recommendations being advanced by the Economic Growth Council largely mirror earlier recommendations presented in the Growth Inducement Strategy (GIS) (2010) and the Growth Agenda Policy Paper (GAPP) (2015):

The proposals of the Economic Growth Council are useful as a restatement and reaffirmation of understandings derived from earlier consultations and analyses. They are presented as priorities and understandably do not include all the elements of earlier proposals. This prioritisation is understood as facilitating focus and effective implementation. The Deputy Chairman of EEG is quoted as saying: We have reviewed many unimplemented recommendations and included the most impactful of these".

It is worthy of note that "improved access to finance" is listed among the recommendations. One takes hope from the composition of the EGC that this issue will be vigorously and meaningfully addressed.

There is an important understanding that Jamaica's growth deficit is less in analysis and more in effective implementation. The proposals imply an acceptance that stronger and sustained growth will not result solely from the promotion of major investment projects. It may be purely accidental that the implementation of major strategic projects is reportedly last on the list of proposals. Flowing from this, there is an invaluable understanding that the complex and multifaceted tapestry of growth facilitation demands the engagement of an efficient public service and the commitment and effort of the wider society.

In looking forward, the role of the ECG either in direct growth promotion or indirect engagement needs to be more fully defined. At the same time, public monitoring of the pathway to stronger growth requires a macroeconomic blueprint of investment and sectoral initiatives as well as interim landmarks consistent with the ultimate target. It is anticipated that these elements will be provided in future reports of the Economic Growth Council.

- Colin F. Bullock is an economist and a former head of the Planning Institute of Jamaica. Colbul3@gmail.com