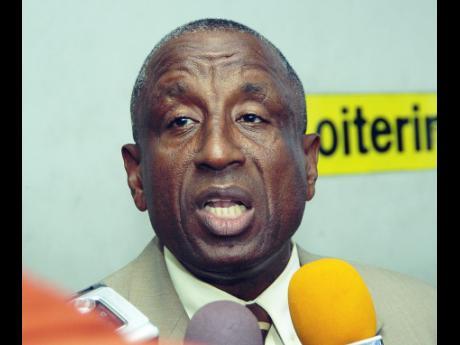 The Jamaica Football Federation (JFF) has sought to clarify reports around a contract offer made to Carl Brown who was approached to take over as national senior head coach for the Reggae Boyz ahead two Caribbean cup matches.

The Jamaica Football Federation wishes to clarify and correct some reports in the media regarding its efforts to engage Mr Carl Brown as National Senior Men's team coach on a temporary basis for upcoming Caribbean Cup matches.

President of the JFF Captain Burrell did make initial contact with Coach Brown, first of all to get an indication of his availability. Coach Brown indicated the need to discuss with his present employers and return a call to the President. Although Coach Brown has indicated he made three attempts to call the President, there is no record of those calls coming through.

In the interim, the JFF thought it appropriate to formalise its approach to Coach Brown and did so in an email sent by the General Secretary. Coach Brown responded to the email declining the JFF's offer which he found insulting.

On hearing this the President called coach Brown. In a conversation lasting forty-five minutes, the President apologised for the misunderstanding emerging from the email. He explained that in the absence of the discussion on first his availability and his overall package, the email listed one area of certainty, the per-diem allowance.

The President made every effort to have coach Brown change his decision.

It was always the intention of the President that on hearing of coach Brown's availability, the terms of his engagement would have been discussed and finalised with him.

All head coaches of our National Senior team are offered:
* Accommodation during match engagement
* Ground transportation
* A salary
* Per diem allowance
(The above of course may vary depending on specific contracts)

All these areas would have been the subject of discussion with coach Brown.