MPs will not get money, after $6m backhoe goes out of use 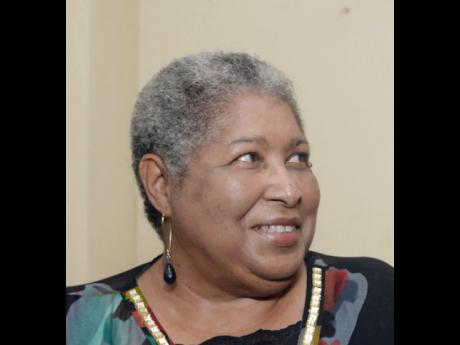 The Constituency Development Fund (CDF) Committee of Parliament has warned members of parliament that they will not get approval to buy fixed assets following the "disaster" involving the $6-million purchase of a backhoe in 2007.

The issue was raised at a meeting on Tuesday after St Thomas Western representative, James Robertson, questioned the policy on the purchase of fixed assets for constituencies.

Moveta Munroe, executive director of the CDF unit in the Office of the Prime Minister, and Everald Warmington, the chairman of the parliamentary committee, declared that there is no such policy and one will not be put in place.

Munroe said the decision not to allow MPs to buy fixed assets followed experiences with the purchase of the backhoe for St Andrew West Rural in the first year of the CDF's establishment in 2007.

"At the inception of the CDF, one such project was approved and to date, I can only refer to it as a total disaster, something that should never have happened, and in our guidelines we have it [that] no capital goods to be purchased, except in the case of computers," she said.

The CDF head argued that several factors explained the position on the fund.

"Who owns this equipment? ... who covers the insurance? who buys the oil? who pays the tractor driver? It should never have happened and we will not approve such projects going forward."

Andrew Gallimore, who was MP when the equipment was bought, reportedly spent $11 million out of the $20 million allocated to his constituency on the backhoe and covering its operation cost.

Munroe said that a "sustainable plan" that would have allowed for other constituencies to use the equipment, at a cost, fell through.

Sitting MP Juliet Cuthbert Flynn said she will not be giving any focus on operating the equipment, which the CDF said, under its guidelines, cannot be owned by the constituency.

As she sought to explain her approach since becoming MP, Munroe intervened, requesting the situation be discussed outside of the committee meeting.

Warmington, meanwhile, said "no influence will be brought on me to sign such stuff (purchase of fixed assets)".

He was the CDF committee chairman at the time when the purchase of the backhoe was proposed, but Munroe explained that the committee had concerns and the approval was given by "another level".

The backhoe is based at the National Works Agency (NWA), the implementing agency that purchased it.

Stephen Shaw, the communications manager at the NWA, told The Gleaner that the backhoe was not working and had been down for two years.

"The repairs have to be done through the dealer and that is where it is. The issue is funding to have the repairs done," he said, noting that the procurement documents have to be revisited to determine the true ownership.