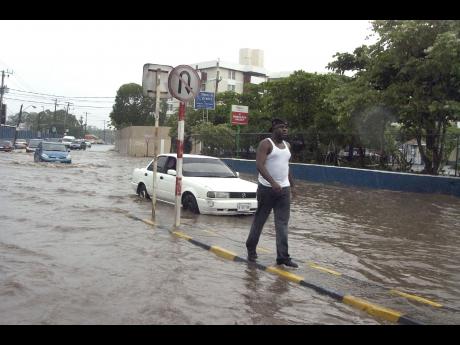 Heavy rains, gusty winds and thunderstorms have begun to affect sections of the island as Hurricane Matthew continues to move towards Jamaica.

Already, there have been reports of flooding in several places as Jamaica, now under a hurricane warning, continues to feel the outer bands of the powerful category four storm.

At 4:00 p.m. the centre of Hurricane Matthew was located near Latitude 14.6 degrees North, Longitude 74.8 degrees West.

Matthew is moving toward the northwest at 7 km/h (5 mph). A turn toward the north is expected tonight.

On the forecast track, the centre of Matthew will approach Jamaica and southwestern Haiti on Monday.

According to the Met Service, some fluctuations in intensity are possible during the next couple of days, but Matthew is expected to remain a powerful hurricane into Tuesday.

The National Works Agency reported via it's Twitter handle this afternoon that it has been responding to flooding in Red Hills in St Thomas, while flooding was reported along Balmoral Ave, Constant Spring Road, and Red Hills Road in the vicinity of Lasco.