Too much secrecy - IDB calls for greater sharing of crime data 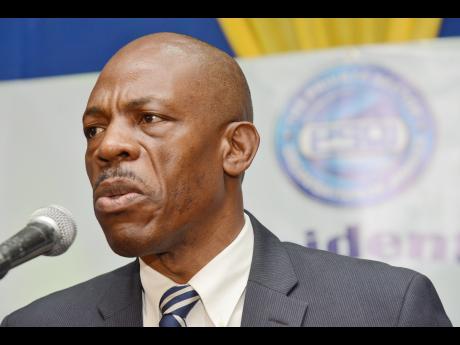 The Crime and Violence in Jamaica Report, published by the Inter-American Development Bank (IDB), has recommended that measures be taken to address what it calls a gap in crime data in the island.

While acknowledging that the issue with Jamaica is not a lack of data collection, the report charged that the problem is one of access, data sharing, and transparency.

"Some problems arise from a lack of capacity, inadequately trained staff, and a lack of timely and uniform collection, but more often, the problem is related to a reluctance to share information.

"For example, the Ministry of National Security's evaluation of the Citizens Security and Justice Programme was not made available, despite the fact that the IDB is the major funding partner," the report said.

Arguing that a lack of transparency in data collection has grave consequences for national development, the IDB further recommended that a capable crime observatory that is relatively autonomous and has the trust and confidence of the general public be established.

"There is a need to nurture a culture for generating data collection, organisation, and storage. Undertaking such efforts would redound to the improvement of the general framework, but even more importantly, those efforts would strengthen capacity for developing and delivering evidence-based projects with measurable outcomes," the report said.

According to the IDB study, more support needs to be provided for better and more regularised measurements of sexual violence against adults and minors, domestic violence, and sexual gender-based violence.

The regional body also wants support for similar measurements of crimes against other vulnerable populations, such as children and minorities that perceive themselves to be disproportionately at risk.

"These measurements may be done as specialised surveys. The findings from these surveys ought to be accessible to the general public so that they can be used by advocacy groups and other concerned citizens as sources of evidence to support a more equal distribution of the protective resources of the State," the report added.

The report pointed to advocacy groups because of its observation that many non-state actors, particularly community-based organisations, have limited capacity to collect and evaluate data.

While highlighting the improved capacity of the Jamaica Constabulary Force for research and analysis under the leadership of Commissioner Dr Carl Williams, the report questioned the validity of available crime data and recommended that periodic assessments of the trustworthiness of reported statistics be conducted.

"These assessments should include scrutiny of the processes of recording reported crimes, computing the national aggregates, and making these computations the Government's official crime statistics," the report said.

According to the report, the absence of statistics on crimes such as extortion and protection rackets needs to be remedied so that there can be improved estimations and analyses of crimes that constrain economic development.

"A regularised business victimisation survey would provide much-needed evidence-based responses to the victimisation of businesses. This initiative could be jointly funded by the State and the private sector," read a recommendation from the report.