UWI: We are not obliged to give gov't updates on our spending 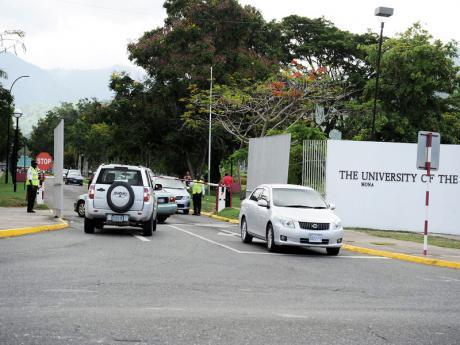 A parliamentary committee was left stunned this morning over a letter from the University of the West Indies (UWI) saying the institution is not answerable to the Jamaican parliament over how it spends taxpayers' money.

The UWI, Mona, the University of Technology and the University Council of Jamaica were invited to appear today before the Public Administration and Appropriations Committee of Parliament (PAAC).

Parliamentary rules give the PAAC the power to summon any entity which receives money from the national budget to explain how it uses those funds.

The UWI, however, said it's an exception.

PAAC chairman, Dr Wykeham McNeill read a letter from the university registrar, William Iton, saying the institution is a public autonomous regional body of which Jamaica is only one contributor.

The letter noted that because Jamaica contributes, the university understands the need for accountability and pointed the parliamentary committee to the Jamaican government representative on its finance committee.

The letter also pointed to a legal opinion it said was received from the Solicitor General in 2007  that reportedly said the university was not a government entity or department.

Iton also noted that the UWI is governed by a 1962 Royal Charter which makes the institution only legally answerable to the British monarchy, identified as the visitor, or its representatives.

PAAC chairman Dr Wykeham McNeill was not pleased and said the Parliament as the highest accountability body for the Government must have a role especially when taxpayers' money is involved.

Permanent Secretary in the Education Ministry, Dr Maurice Smith said the university had initially submitted a report which it later withdrew.

He supported a recommendation from the PAAC chairman that a mechanism be found to bring the UWI, Mona before the parliamentary committee.

The PAAC will be writing to the Attorney General seeking its advice on the matter.

Dr McNeill said a recommendation about the situation will also be made to the Parliament.

Jamaica, according to the Permanent Secretary, contributes about 20 per cent to the annual Budget of the university.

This fiscal year, Jamaica is to contribute about $8.3 billion.

Meanwhile, UTech and the university council are now appearing before the PAAC.