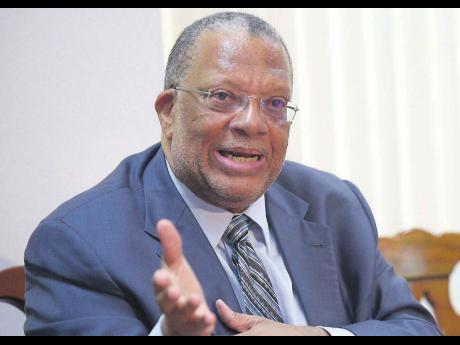 Opposition spokesman on finance, Dr Peter Phillips, says the fact that Jamaica is entering another agreement with the International Monetary Fund (IMF), despite not needing a loan, shows the country has still not earned the trust of the world.

Yesterday, the Office of the Prime Minister announced that Jamaica has reached a staff-level agreement with the IMF on a three-year precautionary stand-by arrangement to begin in November.

READ: Jamaica Gets Firm Vote Of Confidence From IMF

The total available amount under the 36-month Stand-By Arrangement would be about US$1.7 billion.

However, the OPM said it has in effect an insurance policy against unforeseen economic shocks, given the Bank of Jamaica’s comfortable foreign reserves position.

Dr Phillips, who negotiated the current deal when he was finance minister under the last administration, says the agreement is a good thing.

He says it shows Jamaica’s commitment to reducing the debt and growing the economy.

However, Phillips says he is still waiting to hear the details to make a proper assessment.

He notes that the need for another IMF agreement shows Jamaica is still not able to stand on its own in the international market.

Dr Phillips says his comment on Jamaica’s reputation is not meant to suggest another agreement would not be needed under a People’s National Party Government.

He says his assessment is based on Jamaica’s record of indebtedness.