The Pentecostal movement Part 1 - The origins 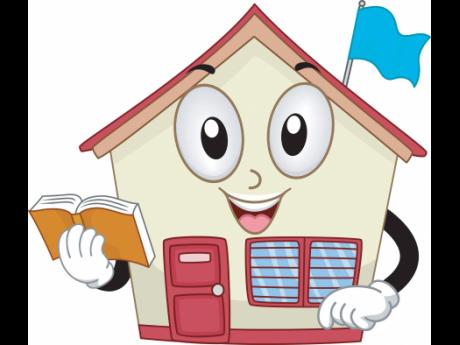 In the Pentecostal church, the preaching, singing and dancing are spirited, demonstrating a sort of exhilaration that is absent from many other Christian denominations.

The praise and worship sessions are equally fervent, and people speak in tongues, a language seemingly unintelligible to everyone including the speakers. But how did the ways in which worshipping is carried out in the Pentecostal Church become so different from many other denominations?

The sparks of the Pentecostal movement started to glow dimly sometime in the second half of the 19th century, around the time of the Great Revival of the 1860s. They were started by some members of mainstream denominations who thought that there was not much holiness and spiritual connection to the Almighty among members.

They were also perturbed by the focus on wealth-creation and the building of extravagant edifices. What those disgruntled members needed was to be filled by the Holy Spirit, and the gifts of healing and prophecy, not material richness. These needs were based on what took place on the biblical Day of Pentecost when the people who were filled with the Holy Spirit began talking in tongues. The fire of Pentecost had fallen upon them.

But even before the Great Revival of the 1860s, there were attempts in the 1830s by Edward Irving, a Presbyterian pastor in London, to restore holiness in the Church through the spiritual gifts of speaking in tongues, healing and prophecy. However, he was not successful in his zeal to imbue worship with spiritual fervour.

The need to restore holiness in the Church was also felt by church leaders in the United States. They established healing missions because they sensed a kind of spiritual awakening, which would climax in the second coming of Jesus Christ.

Some of the early pioneers of the restoration of holiness in the Church were John Alexander Dowie, Albert B. Simpson, and Charles F. Parham, whose

Bible school is said to be the place where the seeds of modern Pentecostalism were germinated.

The first person said to be filled with the Holy Spirit was Agnes Ozman, one of Parham's students, who spoke in tongues on the first of January 1901. That phenomenon blazed the Pentecostal movement into the 20th century. But, if Ozman's filling with the Holy Spirit started the real fire of the movement, it was William J. Seymour who blew the flames to the rest of the world with his Azusa Street Revival in Los Angeles, California in 1906.

Seymour was an African American preacher who learned about the baptism of the Holy Spirit in a Bible school that Parham conducted in Houston, Texas in 1905. In 1906, he led a black holiness church in a building at 312 Azusa St in downtown Los Angeles.

There, at the Apostolic Faith Mission, for more than three years, there were three services per day, seven days a week, in which thousands are said to have received the Holy Spirit. Using the free newspaper, The Apostolic Faith, Seymour spread the news of spiritual revival to thousands of subscribers abroad.

Church leaders from all over the United States visited 312 Azusa St and brought back the message to their home churches. Azusa Street evolved into a Mecca for those who wanted to be baptised in the Holy Spirit. It was a magnet for ethnic minorities, and many white believers, with Seymour at the helm. The 'Azusa Street pilgrims' spread the fire of Pentecost mainly in holiness churches, missions and camp meetings.

From Azusa Street the Pentecostal movement has grown to become the biggest protestant Christian denomination of the 21st century. And right here in Jamaica it is burning bright with Pentecostal churches scattered across the island. But what really is Pentecostalism? That is what part two will discuss next week.