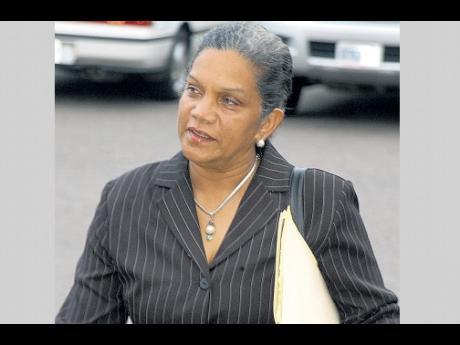 File
Public Defender, Arlene Harrison Henry says the deaths of the babes is an unfortunate incident and should not be sensationalised.

Public Defender, Arlene Harrison Henry, is sticking by her report on the deaths of newborns at the University Hospital of the West Indies, which concluded that there was no evidence of medical negligence on the part of the institution.

The report, which was released on Friday, found that the eight babies who died as a result of bacterial infections last year were unfortunate victims at an under-resourced medical facility.

Noting that the klebsiella and serratia bacteria are common infections originating or taking place in hospitals, the report stated that the medical staff performed their duties with skill and diligence, and acted reasonably and responsibly, under the prevailing circumstances.

However, attorney-at-law Marc Ramsay who represents the mothers of three of the dead babies, has criticised the public defender for her report, which he says is irresponsible and hurtful.

Ramsay argues that at the time the hospital lacked adequate systems to provide certain standards of care, which he contends amounts to negligence.

She has also rebuffed claims by the attorney that neither he nor his clients were given an opportunity to participate in the probe.

The public defender says her report does not stop him or anyone else from pursuing a matter in court.

Harrison Henry says the deaths of the babes is an unfortunate incident and should not be sensationalised.