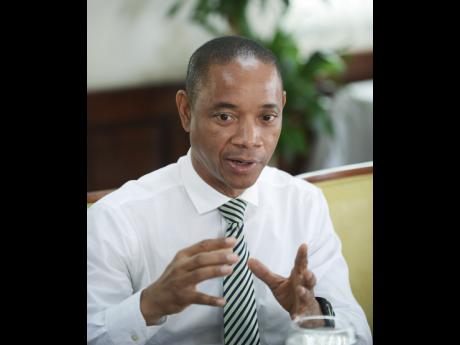 Jamaica has lost billions of dollars in potential investments, which have either been diverted elsewhere or have not been set in motion because of inefficient government bureaucracy, the second most problematic factor for starting a business locally, according to the Global Competitiveness Report 2016-17.

"It would be hard to measure bureaucracy" - excessively complicated administrative procedure also called red tape - "but if you look at it from the point of view of doing business, then it's significant," said chief executive officer of the Private Sector Organisation of Jamaica (PSOJ), Dennis Chung.

Researchers using data from the World Bank's Doing Business Report on the cost of bureaucratic red tape have found that billions of dollars could be saved if governments apply best practices in regulating businesses.

The study is not disaggregated by country or region, and thus it is difficult to decipher from the report the relative cost of bureaucracy to Jamaica. The Statistical Institute of Jamaica said it has no such data for the island.

However, in an interview with The Gleaner last week, Chung said that in looking at the costs, one could "think about the fact that people come here to do business, and because of the bureaucracy, they leave and go somewhere else".

He cited, for example, the proposed divestment of the Riverton landfill in St Andrew, which the Government has been contemplating for the last four years, but which has not materialised despite huge interest in operating the business.

"I know of one investor who wanted to put US$900 million into it," said Chung, adding that "that just shows the amount of money we lose because of bureaucracy."

Dennis Chung, the chairman of the National Solid Management Waste Authority (NSWMA), which manages the Riverton landfill, said, regarding the divestment of the landfill, "We had received more than 30 responses and people are still interested, but I don't know if the interest is as high as it was before because so much time has passed."

He explained that information reaching him was that the initial expression of interest that was done for the divestment was stopped by the contractor general at the time because of some grammatical error in the request for proposal.

"That set the whole thing back by about two years," he added.

A committee was subsequently expected to be established with respect to the divestment and "the matter of the privatisation was transferred to an enterprise team at the Ministry of Local Government and they just didn't do anything with it," said the NSWMA chairman.

"So you [are] talking about four to five years waiting [for] an investment that, because of bureaucratic issues, we could have had, when you look at impact and everything over the time, maybe US$1 billion worth of investment in the economy and better garbage collection happening already, and that itself has a cost," said Chung, an accountant.

"It's a significant cost to the country," he said.

Red tape hounds investor out of Ja ... with billions in tow

Dennis Chung also cited at least one case where a would-be investor for a potentially large project in Jamaica took the business to the Dominican Republic instead, because of problems getting the requisite approval in Jamaica.

The PSOJ has from time to time appealed to successive governments to put in place measures to reduce red tape, which has long been an impediment to doing business, and according to Chung, the way to do so is through public-sector transformation, for which they have been waiting for years.

He referred, for example, to a public-sector wage freeze at a time when Dr Omar Davies was finance minister.

Part of the agreement was that there would have been some form of transformation in terms of training, retraining and finding opportunities for people, other than in the public sector, Chung explained.

"It never happened. To this day, it hasn't happened. So we have lost billions of dollars in investments, in lost opportunities because of poor government policy," he added.

The PSOJ CEO said Prime Minister Andrew Holness "has indicated, and I have had discussions with people in the Government who said they are moving ahead with this thing".

He noted that the Economic Growth Council has also advised that public-sector transformation is essential if Jamaica is to achieve the target the council has set out, for five per cent growth in four years.

"It is now the second most problematic factor to doing business. We can't hold the Economic Growth Council responsible if the Government doesn't play its part. They have to ensure that this is done," Chung emphasised.

Displacement shouldn't be objective of transformation

What "transformation should be is to bring efficiency, and if displacement happens because of it, fine. But what will happen in the meantime, ... you'll have the private-sector growing, and the economy, we project, will continue growing if we deal with this crime situation in particular, which is the number one problem right now, and I think people will easily find jobs," said Chung.

"What we need to lend our minds to is, how do we help with the transition of people and retraining of people who might be displaced. That is what we need to start thinking about now so we don't have people being added to the unemployment list. We move them from one sector to the next," he said.