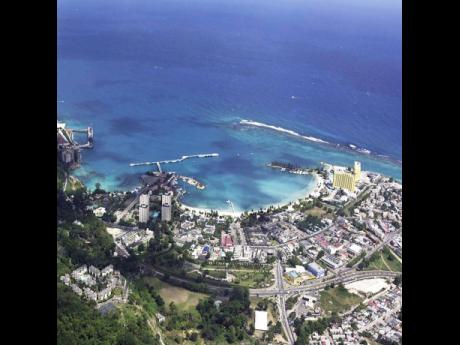 Tourism Minister Edmund Bartlett says some $286 million is to be spent in the coming months to renew and improve the visitor experience in Ocho Rios, St Ann.

Stakeholders have been calling for the resort town to be upgraded to better attract visitors.

According to Bartlett, of the $286 million, $102 million has been earmarked for redevelopment of the boardwalk/promenade from the Marina to the parking lot at Ocho Rios Bay Beach.

He said the other $184.7 million will be spent on the redevelopment of Main Street from Turtle River Road to the Ocean Village Shopping Centre.

At the same time, Bartlett said a further $400 million has been allocated for an Ocho Rios Improvement project.

According to Bartlett, in recent years, more than $1 billion has been invested in the resort town.

He told stakeholders in the St Ann town this week that except for commercial developments, all significant improvements taking place in Ocho Rios were being driven by the tourism dollar.

The minister said the Tourism Enhancement Fund and the Tourism Product Development Company (TPDCo) have pumped huge amounts of money into the town in partnership with other government agencies such as the Urban Development Corporation and the Port Authority of Jamaica.

He pointed out that in the past two months $100 million has been committed to the Jamaica Constabulary Force to acquire new vehicles and repair disabled ones.

He said TPDCo is funding a $500-million cleaning programme with the National Solid Waste Management Authority.