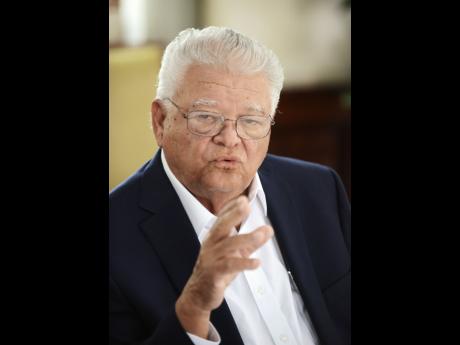 Minister of Industry, Commerce, Agriculture and Fisheries Karl Samuda has welcomed news of an increase in the price per box of coffee.

Mavis Bank Coffee Factory Limited has announced that, effective last Tuesday, farmers will be paid $9,000 per box of cherry coffee.

Managing Director and Chief Executive Officer of Mavis Bank Coffee Factory Norman Grant said the company was still in negotiations with Japanese importers about the price of this year's crop. However, he said the increase in the price paid to farmers is due to improvements in the quality of coffee this year.

The increased price will be paid by Mavis Bank and Wallenford Coffee Company, which together purchase most of the Blue Mountain coffee crop.

Samuda said he was pleased that farmers were being compensated for their efforts to improve this year's crop.

He also commended Mavis Bank for raising the price paid to farmers before concluding their negotiations with Japanese importers.