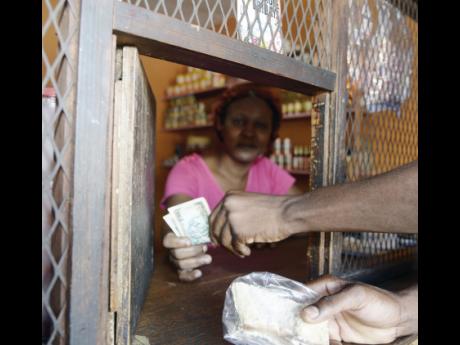 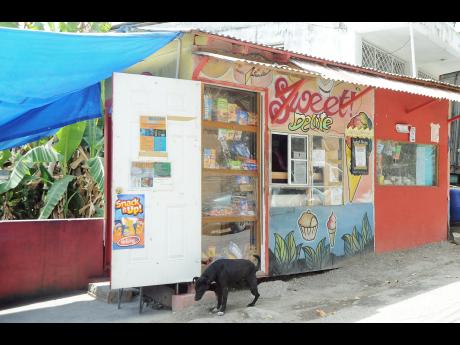 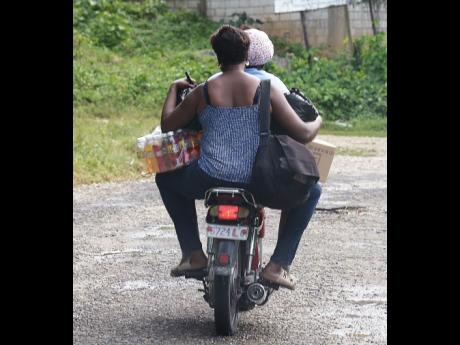 Ian Allen
A bike taxi transports a woman and her goods to Rocky Point in St Thomas on Saturday.
1
2
3

The sector includes small businesses, micro enterprises, self-employed individuals, and participants in drug-trading and other illegal activities. The broad range of activities conducted in the informal sector can be condensed to identify several common characteristics including all employment that is not bound by contract or other legal regulations, small-scale operations, unregistered businesses, and all activities which generate revenue that is not reported to tax authorities.

Financial analyst and member of the Economic Programme Oversight Committee Ralston Hyman believes it is urgent that those in the informal economy be brought on board.

"If we were to be able to bring that segment of the economy in, then all of a sudden, our ratios would start looking better, for example, the debt to GDP. With that we could attract better deals on the money market, better interest rates and the overall tax collection picture would be better," Hyman said.

The informal sector includes individual workers such as small-farm workers, retail sales people, street vendors, domestic helpers, taxi drivers and owners of small businesses and microenterprises. There are low entry barriers into the informal sector in terms of skill, capital, and organisation. Workers on small farms are generally self-employed or unremunerated employees of family farm operations; their produce is used for personal and family consumption, or sold in local marketplaces. Retail salespersons purchase goods wholesale in markets, import them into Jamaica as personal property, and sell these products in unregistered shops, market stalls, or to tourists directly on the streets and beaches; their activities, and their revenues, are unreported, unregulated and untaxed. Domestic helpers, including housekeepers, cooks, and gardeners are commonly paid in cash with no income taxes deducted from their pay. Finally, drug dealers, producers and transporters must be included in consideration of informal economy revenues. Hyman feels if all of these are accounted for, then everyone would benefit.

"It would be a win-win situation for everybody in terms of revenue collections, macroeconomic ratios and in terms of accelerated economic growth. Additionally, it would help us to deal with the crime problem because many of the areas in the informal economy are crime related. This would also have a positive stimulative effect on the economy because crime accounts for about 5.8 per cent of GDP," Hyman said.

The World Economic Forum's Global Competitiveness Report, 2013-14 cited the inefficient government bureaucracy and crime as the most important challenges of doing business in Jamaica. Avoidance of the costs of the bureaucracy is perhaps the main motivating factor for enterprises to remain informal.

The size and effect of the informal economy has been a headache for policymakers. They have been primarily concerned with the loss of tax revenue from unregistered businesses. The Budget Memorandum for 2012-13 notes that: "Additionally, a special Public Relations campaign aimed at reducing tolerance of the 'shadow economy' will be launched. The negative effect of tax evasion and the role of taxes in providing public services will be emphasised." Increasing tax compliance to enhance the Government's fiscal capabilities is a central theme of the current Extended Fund Facility with the International Monetary Fund.

Hyman estimates that if the authorities were to bring those in the darkness of the informal economy into the light then it would show a totally different picture.

He says that the fact that so many of our economic statistics are adverse and the county is not falling apart is directly attributable to the informal economy, simply because people can get by using informal activity. Economist Michael Witter has famously argued that in Jamaica it is possible to move from the womb to the tomb without ever coming in contact with the formal system.

Social enterprises can boost the economy
How would you grow the economy?
BOJ Jamaica Chamber, weigh implications of 'surprise' Brexit
PIOJ predicts up to 2% growth for fiscal year