No ratification of Paris Agreement before next year 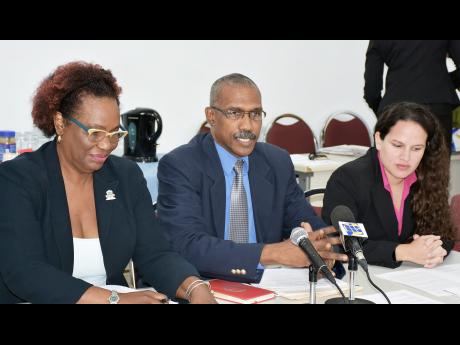 Armed with comments from the Office of the Attorney General (AG), Jamaica is looking at next year to ratify the Paris Agreement, which sets the framework for the global response to climate change.

"We have received the comments of the AG, which point out the obligations the country would have under the agreement. We now have to complete a series of consultations with the various stakeholders that would have a critical part to play in meeting those obligations," revealed Colonel Oral Khan, chief technical director in the Ministry of Economic Growth and Job Creation.

"So we are going to be entering into that period of consultation before we seek the formal approval to ratify. We do not anticipate any hurdles; it is just now a process that we have to go through to ensure that we do not leave anybody behind. When we ratify, everybody must understand their obligations," he added. Among other things, Jamaica will need to satisfy the United Nations Framework Convention on Climate Change (UNFCCC) requirement for nationally determined contributions (NDCs) to reducing greenhouse gas emissions, which fuel global warming.

"We already submitted our INDCs (Intended Nationally Determined Contributions) and we are to confirm they are to move from INDCs to NDCs. So we have to formally notify the UNFCCC of our NDCs," Khan explained.

There are, too, a number of procedural matters to deal with "such as some reporting requirements that will have to be met", he noted. Jamaica's adaptation strategy and action plans are among those items that will need to be reported on. Already, the island has identified a number of priority sectors for these plans, including water, health, tourism, human settlement and coastal resources, in addition to agriculture, forestry and energy.

"We will have to keep the UNFCCC updated on our steps to implement and in preparing those annual reports that we have to make," Khan said.

At the same time, the chief technical director indicated that ministries, such as the Ministry of Science, Energy and Technology, will have "a significant role to play".

"A lot of our targets in the NDCs are things that fall under the energy policy in terms of switching to renewable energy and so on," Khan noted. Once the consultations are finalised, they will report to Cabinet for the required approval to proceed with the instruments of ratification.

"We have to satisfy the Cabinet that we have engaged all the stakeholders so they have a fair appreciation of what is involved," Khan said. He has, however, cautioned that the process will take some time.

"We can't just wish it and it is done," Khan told The Gleaner. "The time of the year we are in and approaching and with members of our Climate Change Division participating in the COP (the 22nd Conference of the Parties to the UNFCCC in Morocco), that kind of slows our process down in terms of our resources to undertake and lead in some of the consultations."

Added Khan: "So for the month of November, we are going to be pretty much tied up and the environment in December will not be conducive to consultations. So we could end up seeing the process drag into next year."