Bolt, Thompson among IAAF Athlete of the Year finalists 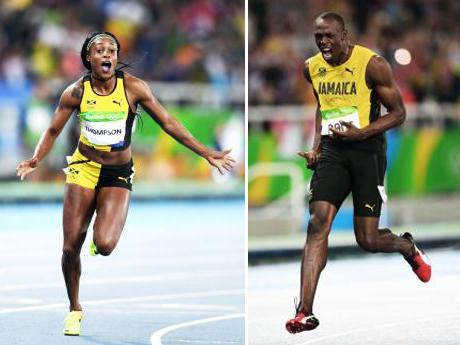 Jamaicans Usain Bolt and Elaine Thompson have been revealed as finalists for the IAAF World Athlete of the Year awards after the end of a three-way voting process.

Bolt is joined by Wayde van Niekerk and Mo Farah for the male award with Alma Ayana and Anita Wlodarczyk listed as fellow female award finalists.

Voting was conducting by members of the IAAF Council, which accounted for 50 per cent of the result, the IAAF family's vote, which included selected journalists, agents and member association officials brought in 25 per cent, the same as a public vote, which was conducted on social media.

The World Athlete of the Year will be announced live on stage at the IAAF Athletics Awards in Monte Carlo in early December.

British star Farah won Olympic gold in both the 5000m and 10,000m and was unbeaten in six races at those distances and the 3000m. He also won a bronze medal in the IAAF World Half Marathon Championships.

South African van Niekerk took home the Olympic gold medal in the 400m in world record time, clocking 43.03 seconds. He was unbeaten in 11 finals across three events and was the African champion in the 200m and 4x100m.

Among the women, Thompson won Olympic gold in both the 100m and 200m and also boasts world leads in both events with times of 10.70 and 21.78 respectively. She was the Diamond Race winner in the 100m, got silver in the 4x100m and a world indoor 60m bronze.

Wlodarczyk, the Polish hammer thrower finished the year as the Olympic, European and IAAF Hammer Throw Challenge winner in the event. She recorded two world records - 82.29m and 82.98m to complete an unbeaten season across 12 competitions.