FLA calls in MOCA after uncovering irregularities at the agency 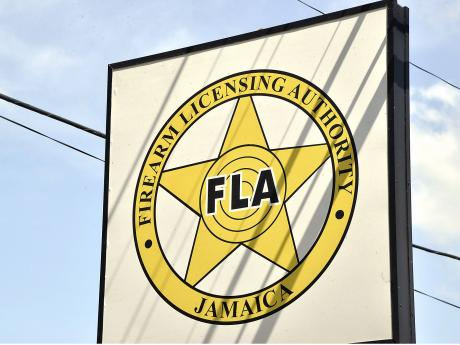 The Firearm Licensing Authority (FLA) has called in the Major Organised Crime and Anti-Corruption Agency (MOCA) to investigate discrepancies it has uncovered at the agency.

The development coincides with an announcement Thursday afternoon that the United States has suspended the export of firearms to Jamaica following recent developments at the agency.

National Security Minister Robert Montague said the FLA chairman sent a formal report to MOCA based on the outcome of a review of the agencies systems conducted by the new board of directors.

"They have discovered enough that they have made a formal report to MOCA," Montague revealed.

The security minister, who last week described the FLA as corrupt or broken, also delivered an ominous warning.

"This government will not be covering up or sweet coating or diverting. We will put the facts on the table whether they are pleasant to me or any other body," he warned.

"The chips will fall wherever they will fall," he underscored.

The FLA has been under scrutiny since Patrick Powell was freed of the murder of a schoolboy and revelations that his main file at the authority has gone missing.

The FLA has said evidence of the last movement of Powell's file was on April 14, 2015 when an officer in the then CEO’s office made a request from the FLA Registry.

In 2006, the FLA took over the issuance of firearm licences from the police.