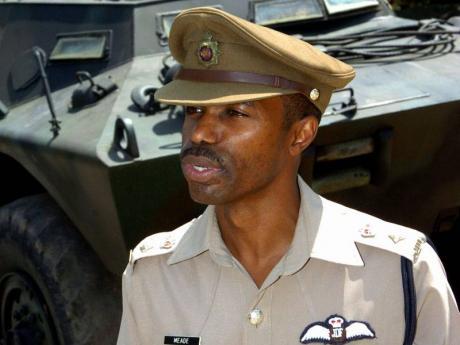 The Jamaica Defence Force (JDF) is to get a new Chief of Defence Staff.

The Office of the Prime Minister (OPM) this afternoon announced that the current head, Major General Antony Anderson is to be appointed National Security Advisor in a newly created post.

Brigadier Rocky Meade, a 32-year member of the Jamaica Defence Force who has been deputy Chief of Defence Staff for the past five years will be the new army head. The OPM said the creation of the post of National Security Advisor is in pursuit of strategic national security management.

"The creation of the office of the NSA (National Security Advisor) is a critical move in supporting and coordinating Jamaica’s national security super structure," a spokesperson from the OPM said in a statement.

It also said Anderson's appointment is consistent with international best practices in other jurisdictions such as United Kingdom, Canada, USA, India, Australia.

As National Security Advisor, Anderson, a 32-year member of the Jamaica Defence Force is the principal technical advisor to the government.

General Anderson will advise the Prime Minister and the Minister of National Security through the National Security Council on matters of internal and external security affairs which broadly include defence, crime and security and public safety related policy and strategy, Inter-agency cooperation, partner nation engagement and regional and international security.