The Israeli Palestinian conflict Part I - The origins 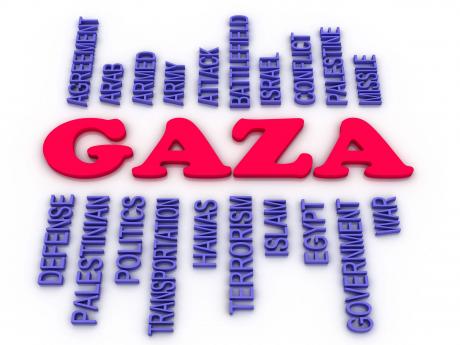 The region in the Middle East encompassing Israel, the Gaza Strip, the West Bank, the Sinai Peninsula, Golan Heights, etc, are places that are mentioned in the Bible, Christendom's Holy book. According to Christians, Jesus Christ was the messiah sent by God, Jesus's father to redeem the world of sin.

Jesus is said to have been born in Bethlehem of Judea, and his boyhood town was Nazareth. Some other places that are mentioned in his story are the Sea of Galilee on which he is said to have walked, Bethany where he raised Lazarus from the dead, Jerusalem where he had the last supper, was crucified and resurrected, Jericho where he healed Bartimaeous and converted Zacchaeus, and Cana where he turned water into wine and healed the Capernuam official's son.

The region is now bordered by Lebanon and Syria in the north, Jordan to the East, and Egypt to the South, and it has historical, cultural and religious significance to Jews, Christian and Muslims. Since 1947, it has been a place of many wars and rumours of war especially between the Israelis and Palestinians.

This protracted belligerence is often referred to as the Arab/Israeli conflict since it is not just Palestinians who want the Jewish state of Israel to give up occupied lands. The Jews and the Arabs are claiming ownership based on historical and religious grounds. This matter of occupation and ownership land goes back to 1,000 years before the birth of Christ.

The Bible story is that Joshua led the Israelites (Jews) into the region west of Jordan River. They conquered the Canaanites, but did not get Gaza from the Philistines. The Israeli King David expanded Israel and built his capital around the sacrificial altar at Mount Moriahin Jerusalem. There, his son, Solomon, built a magnificent temple to God. The Israelites were eventually destroyed by Assyria and Babylon. In 586 BC the Babylonians destroyed the temple and the Jews were sold into slavery.

The Romans occupied the region from 63 BC to AD 395. The district known ad Judea was ruled by local kings including Herod, who began to rebuild Solomon's temple in 20 BC. Jesus was born Bethlehem of Judea and crucified in Jerusalem. The place eventually came to be called the Holy Land.

The Jews revolted against the Romans in AD 66, but the rebels were heavily vanquished. The temple was destroyed again in AD 70, and the Jews were dispersed. The region was then renamed Syria Palaestina or Palestine by the Romans.

After that the influence of Christianity began to spread in the region with Jerusalem becoming the centre of the Byzantine World. The Christian Byzantine rulers controlled much of the region after the Roman empire was disintegrated in 395. These rulers built churches in which to worship Jesus Christ. But many of these churches were turned into mosques when the Muslims invaded and defeated the Christians.

The Arabs, who came over in AD 7 spread Islam to the Mediterranean and beyond. Four centuries later, Pope Urban II and a Christian army went on a crusade to recapture the Holy Land from the Muslims. It took them three years to march from Europe. They captured Jerusalem in 1099, but their grip on the Holy City lasted less than a century.

From 1516-1917 Palestine was a part of the Ottoman Empire. The economy grew, but there was much corruption, and in the late 19th century the Jews who had fled to Russia and other places in Europe began to return to Palestine. They bought lands, and established communities. Some of them, known as Zionites, dreamt of establishing a modern Jewish state in the land of King David.