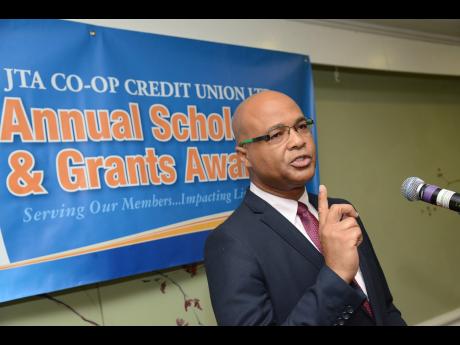 When the Jamaica Teachers' Association (JTA) met with Minister of Education Ruel Reid last week for their monthly meetings, concerns about the roll-out of the National Standards Curriculum (NSC) were high on the agenda.

President of the JTA Howard Isaacs, who spoke with The Gleaner, disclosed that he has been receiving a number of complaints from teachers about the manner in which the NSC is being introduced.

Scores of teachers who attended training sessions for the NSC between July and August have complained about what they described as a seeming lack of competence of the individuals contracted to deliver the training.

According to Isaacs, there is a general lack of resources within the education system to accommodate the new methodologies demanded by the curriculum.

"We are getting feedback from teachers to say there is a concern regarding the unfolding of the curriculum. We are also recognising that there are some additional resources that are needed," he told The Gleaner.

The new methodologies are expected to provide students with more hands-on experiences, but it appears that teachers are no wiser about how to implement this in the classroom even after the two months of training.

Even while lauding the soundness of the pedagogical approach of the NSC, the JTA president said he is concerned that the trainers contracted to deliver the training sessions for the curriculum were not fully prepared and equipped to pass on the necessary information to teachers. He also noted that several teachers have had problems accessing the new curriculum.

"In the recent months, the implementation of the curriculum has had its challenges in terms of training for the facilitators themselves. Some of them are not as prepared as you would expect them to be, so that has been an issue," he added.