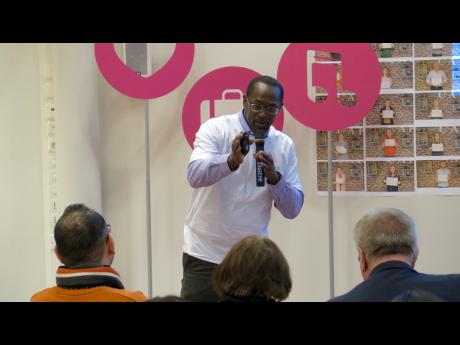 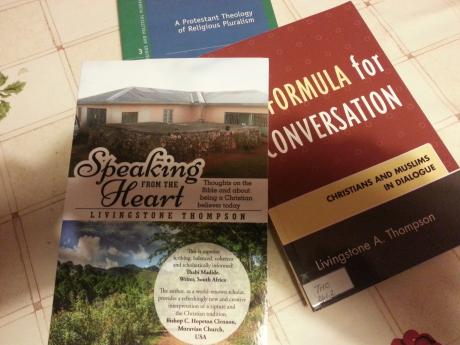 Intercultural training is a booming business in Europe. The multi-ethnic nature of the continent makes cultural tolerance one of the key ingredients which continues to shape European integration. It was the recognition of this fact that led Dr Livingstone Thompson to set up his Ireland-based cultural training agency, Living Cultural Solutions (LCS).

LCS specialises in intercultural training, cultural awareness and cultural competence training, diversity awareness and management training. The agency provides support to businesses and organisations, across Ireland and Europe, in how to optimise the benefit of cultural diversity to improve efficiency and productivity.

An intellectual entrepreneur of sorts, Thompson told the Gleaner that he got the idea for the business through the

pluralism, with a thesis that focused on intercultural theology and world religions

As the principal of LCS, he has worked with a variety of companies, delivering training in cultural competence and leading global virtual teams. He has provided training for Ireland's largest hotel group and German electric utility service provider E.ON International. He also developed the diversity and inclusion training manual and workbook for the Malta Tourism Authority, currently being used by tourism organisations throughout the island-country. Thompson also delivers workshops in cultural competence for tourism organisations in Malta, Ireland and the Caribbean.

The former deputy head boy of Manchester High School, who served as a minister in the Moravian Church while in Jamaica, migrated to Ireland to pursue postgraduate studies.

"I arrived with my family in Ireland in August 1999 to pursue postgraduate studies, first at the Irish School of Ecumenics and later Trinity College, University of Dublin. I first completed the MPhil in ecumenics and later the PhD," he said in response to questions from The Gleaner.

Thompson was ordained in 1983 and has served at every level of leadership within the Moravian church in Jamaica. His interest in intercultural studies seems to have grown from his active involvement in the ecumenical community through his work with several interfaith organisations in Jamaica and the Caribbean.

In addition to running his cultural training agency, the theologian now serves as the minister of two Moravian churches in Northern Ireland, where he is based. His wife, who accompanied him to Ireland, is a vice-principal at a primary school in the Emerald Isle. The couple has three daughters, two are currently pursuing careers in tourism and accounting and the youngest is still in secondary school.

Thompson pointed out that the family's transition to Ireland was made easy by the help of an Irish family, who were gracious in helping them to settle in the country and with finding jobs.

"My first jobs in Ireland, which I landed while pursuing studies, was as teacher of mathematics and computing at a vocational school and a salesman for computer products at a large computer store. After completing my MPhil and while pursuing my PhD, I started lecturing in theology and church history at the University of Dublin, Trinity College. After completing my PhD, I was then taken on as a lecturer in world religions and theology at University of Dublin and Dublin City University, where I also supervised postgraduate research," he said while explaining the various jobs he held before setting up LCS.

Thompson, who between 2013 and 2015 served as president of the Society for Intercultural Education, Training and Research, Europe's largest association of interculturalists, has learnt many lessons from his time in the Emerald Isle.

"I am constantly reminded of how significantly cultural orientation impacts communications. Jamaicans tend to speak directly and their words usually mean what they say. In Ireland, speech is more indirect and coded; words sometimes conceal true intentions and views are not necessary honestly expressed, in order not to offend," he explained.

The cultural nuances of the Irish aside, there are many opportunities for highly educated Jamaicans in Ireland.

"The Jamaicans in Ireland include people who are performing extremely well in education, business, community development, accounting and finance, tourism and in health, particularly nursing and social working," he said.

He also indicated that there are opportunities to compete for jobs in computing and related industries and the pharmaceutical sector. He, however, pointed out that the knowledge-based economy of Ireland demands that jobseekers have a strong educational background.

"The government puts a lot of emphasis on supporting innovation and research in technical fields, and there is a strong interest in start-ups, especially in communications technology and renewable energy," he added.

The native of Wales, near Newport in Manchester, is proud of his Jamaican heritage as it has taught him to be passionate, hard-working, politically aware and assertive, when necessary; this, he said, has ensured his survival in the Irish republic.

"Jamaica gave me a sharp eye for the machinations of power and the virtue of not allowing oneself to be pushed around. Jamaica taught me the value of having a good sense of humour, to relax and enjoy life and even to laugh at myself. In Jamaica, I inculcated strong Christian values and a religious outlook at life and the world. All these have served me well living in Ireland," he said.