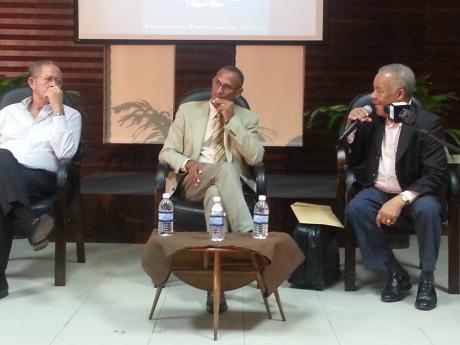 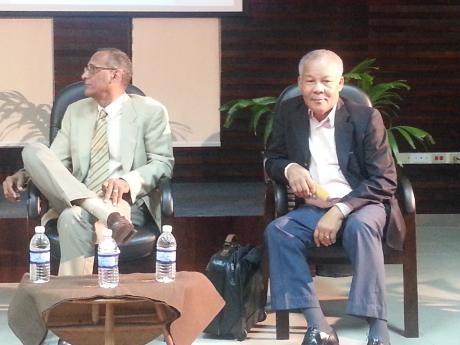 A former Barbadian prime minister is strongly suggesting that Jamaica and other Caribbean countries latch on to the Caribbean Court of Justice (CCJ) to give the Caribbean Community (CARICOM) a boost of confidence.

Speaking last Wednesday in the presence of former Jamaican Prime Minister Bruce Golding at a symposium hosted by the Department of Economics at the University of the West Indies, Mona, Owen Arthur said that the treatment of the regional court to date has been tantamount to a vote of a no confidence in the languishing integration movement.

"CARICOM has come to appear as such a dismal failure that only a strong confidence-boosting measure will suffice to rescue it," said the ardent advocate for regional integration.

He argued that Barbados, which has accepted the full jurisdiction of the court, is a better place for it even after having felt its weight in the much-publicised Shanique Myrie case.

"Jamaica and all others in the Caribbean have nothing to fear from our regional court," he said as he sought to make the case for Jamaica to remain a member of CARICOM.

Arthur, in further making the case for Jamaica's continued membership in CARICOM, said that the region needed strong, focused and innovative Jamaican leadership to change the existing trajectory of the region's existing trade relations.

He, however, admitted that there was reason for Jamaica to be concerned about the status quo as "there can be no doubt that the application of the arrangements for regional integration in the Caribbean has not always conformed to best practice, and may explain a part of Jamaica's experience in the CARICOM market".

"To secure such relief, the full extent of such unfair practices need to be fully documented and presented to the appropriate agencies of CARICOM, including the Caribbean Court of Justice," he said.

In response to concerns raised by the Private Sector Organisation of Jamaica, the Jamaica Manufacturers Association and other entities with trade interests, he further argued that there is no compelling case in support of any decision by Jamaica to end its participation in CARICOM on the grounds that the country and its economic agencies are the victims of and subject to widespread discriminatory or unfair practices on the part of other countries in the region, for which it has neither remedy nor relief.

"Rather, there is a very strong and compelling case for Jamaica to help to strengthen the Caribbean Single Market and Economy in its capacity as the best preferential market for the respective CARICOM states, and to give strong and decisive leadership to the specific role that has been assigned to Jamaica in respect of CARICOM's trade diplomacy," the former prime minister said.

Jamaica's plans, as outlined by Prime Minister Andrew Holness, to seek partnership with countries in the north, such as the Dominican Republic and Cuba, came up for discussion, with Arthur warning Kingston not to overreach in this regard.

He urged the Government to seek to strengthen existing CARICOM relations with the Dominican Republic and Cuba for the broader benefit of the entire region instead of pursuing the ambition which, according to him, would only result in benefit for Jamaica, leaving the rest of the Caribbean behind.

Arthur, who has so far served the longest as prime minister of Barbados, declared that disaster looms for the Caribbean if the region does not seek to strike far-reaching agreements with the emerging mega economic blocs of the world.

He suggested the best and most appropriate way was through CARICOM.