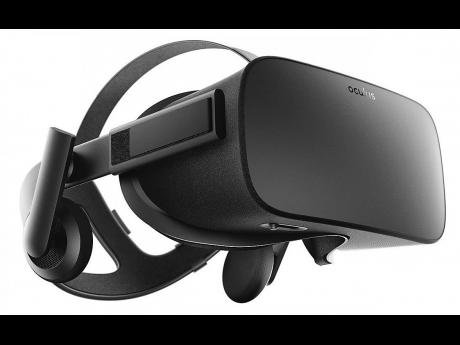 Companies such as Samsung and Facebook's Oculus promote their virtual-reality headsets by highlighting awe-inspiring 3-D experiences for gaming and virtual travel. But one of the most popular activities among early adopters of the technology is less novel: watching 2-D movies and TV. When you slot your smartphone into Expanse's forthcoming headset, you can watch Netflix and Hulu or play conventional 2-D mobile games on what appears to be a big screen. The device can't simulate depth, but it offers significantly higher resolution than VR headsets because it doesn't need magnifying lenses or a separate display for each eye.

Our mobile devices communicate with us through sounds and screens, but a new wristband relies instead on touch. The device, called Moment, vibrates to convey information. While phones and smartwatches can send an alert by vibrating the entire device, Moment uses four motors to allow for different types of haptic feedback depending on what it is trying to say. Instead of glancing at your phone's screen every time a new GPS direction comes up, imagine having an arrow traced on your wrist. For app, text, and other smartphone notifications, the device can assign different tactile patterns to different contacts.