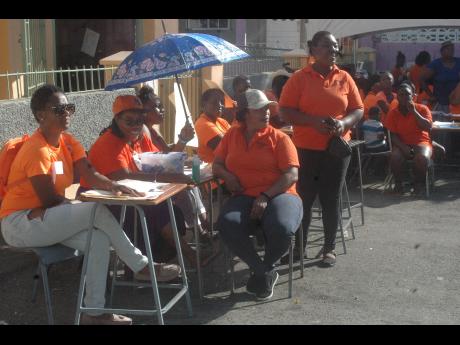 Over at the PNP’s Old Hope Road headquarters, the party president, Portia Simpson Miller, did not address the crowd gathered to hear her concede victory.

That job was left up to outgoing General Secretary, Paul Burke, who said the defeat was disappointing.

He leveled with Comrades saying the PNP and its members had a lot of work to do.

However, he still noted that the campaign was carried out without a budget and that the party had done a tremendous job under the circumstances.

Burke said one of the things that led to the defeat was the bush clearing and drain cleaning programme embarked upon by the Government recently.

There was a major upset in yesterday’s polls with former member of parliament for St Elizabeth South Western, now turned candidate caretaker for the PNP, Richard Parchment, losing by 211 votes to the JLP’s Donald Simpson for the Malvern division of the parish.

In addition, former mayor of Montego Bay, the PNP’s Glendon Harris of the Maroon Town division failed to stave off the challenge of the JLP’s Everes Coke, who won by 81 votes sending the incumbent packing, presumably into retirement.