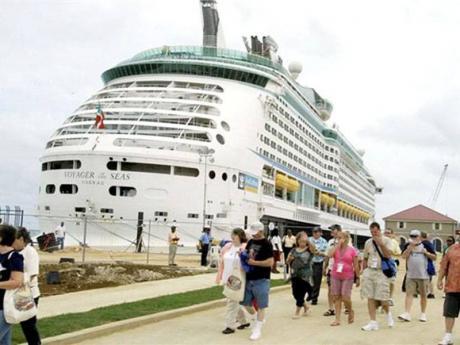 The Port of Kingston is today set to welcome its first cruise ship in five years.

The MS Monarch, operated by Royal Caribbean’s Pullmantur Brand, will have 2,700 passengers on board.

Vice-President, Cruise Shipping and Marina Operations at the Port Authority of Jamaica, William Tatham says the ship was unable to secure berths on Jamaica’s north coast as those at the Montego Bay and Falmouth ports are full.

He says the decision to call on Kingston was secured after discussions between the Port Authority of Jamaica and the cruise operators in 2015.

Tatham says tours of historic locations in and around Kingston including Port Royal, Devon House and Bob Marley Museum have been planned for the passengers.

Meanwhile, MS Monarch is only one of six ships set to call on Jamaica today.

The other five will dock at Falmouth, Montego Bay and Ocho Rios.

In Ocho Rios, the ‘Norwegian Epic’ and ‘Coral Princess’ will be making calls, while Montego Bay will see ‘Thomson Dream’ and ‘Aida Amar’.

Falmouth will be hosting the second appearance of the world’s largest cruise ship, ‘Harmony of the Seas’.