Audley Gordon: The new clean up boss - Political activist determined to win over his detractors 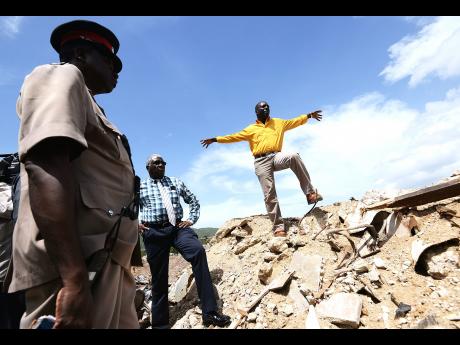 Ricardo Makyn
New Executive Director of the NSWMA Audley Gordon (right) on top of an illegal dump site in Bedward Gardens, St Andrew, while members of the police force and other NSWMA officials look on. 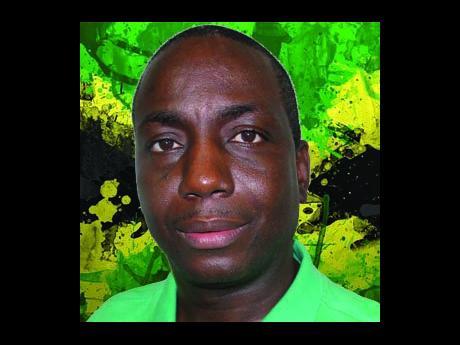 Despite the board of the National Solid Waste Management Authority (NSWMA) coming under pressure over his appointment, Audley Gordon was still in his office working at 7 p.m. last Thursday.

The new executive director of the NSWMA is ensuring that he learns the job inside out, but he says long workdays are not uncommon for him.

"Once there is work, I will get it done. Even if it takes me up to midnight at the office or in the field," Gordon told The Sunday Gleaner.

At 52, Gordon says he is no stranger to the grind of hard work, both in business and service. He is keenly aware of the tough task ahead, not only to clean up the streets of Jamaica, but to ensure the demanding Jamaican public is fully on board and engaged in this mammoth operation as the new head of Jamaica's public waste management agency.

"My life has been about service. At every stage and in every role I've held, I've always seen it as service. Because it is in serving the people and ensuring that you improve circumstances and impact lives," said Gordon with a smile on his face.

But smile belies the intense battle in the public sphere over his selection to head the country's waste management agency.

Gordon comes to the post with his political antecedents from the governing Jamaica Labour Party (JLP). He served as a councillor for two terms in the Hughenden division in North West St Andrew in the Kingston and St Andrew Corporation, up to 2012, and more recently joined the officer corps of the JLP as its deputy general secretary.

"All Jamaica knows my background. I have served the people of Jamaica on a JLP ticket and I have served my party well. This job did not come as a favour. I had to earn it through a rigorous interview process. And to ensure there is transparency going forward, I resigned my political post as the deputy general secretary of the Labour Party," said Gordon.

The NSWMA said Gordon emerged in the top two vying for the post from a pool of six who applied for the job. The selection process saw a panel of the board of the NSWMA holding three rounds of interviews and subjecting the candidates to psychometric tests. Gordon reportedly copped the second highest scores from the field.

NSWMA Chairman Dennis Chung has argued that the scores were not the only element that the board considered.

"We looked at it holistically and the strong leadership element was a major factor (in Gordon getting the job)," said Chung.

Gordon is adamant that he knows the streets and is confident he can lead the waste management agency, having served in the Jamaica Constabulary Force for nearly a decade before starting his business.

"I hear people saying all kinds of things without the facts. I know what I bring to the job. Street smarts, leadership, the will and ability to serve, integrity and a love for my country. I do not have a PhD in garbage collection. I've proven myself. I've served Jamaica working in some of the toughest areas as a police officer. So are people saying I'm good enough to be a policeman but not good enough to collect your garbage?" Gordon asked.

He added that while his background is not technical, he will hire the best technical professionals to transform the solid waste agency and improve how garbage is managed in the country.

Gordon, a husband and father of three children, is adamant that despite the questions about his ability to run the NSWMA, he has the will to succeed.

"I list my faith and my family as my success. That's what keeps me going. That's the source of my integrity and passion to continue serving my country.

"I have been a Christian for 25 years. And let me tell you why I am confident of this path. Even Jesus Christ himself was an activist in the community to ensure people embraced a better quality of life. He walked the streets, he served. He didn't go around talking about Christianity. He showed people how to be Christians. And so this role as head of the NSWMA is to get out there and go in the trenches on the streets and get the job done to clean up Jamaica's cities, towns and urban areas. And trust be, we going to get it done. Just watch," said Gordon.