Pensions Can Grow the Jamaican Economy 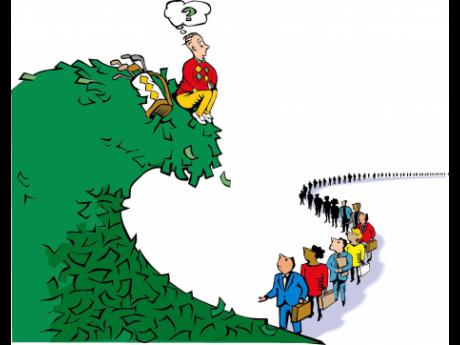 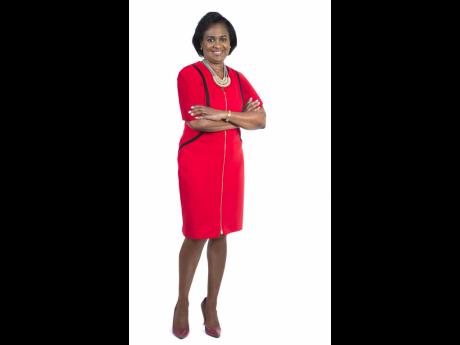 Smith, who oversees the JN Individual Retirement Scheme (JNRS), operated by the building society, says that presently, approximately 40 per cent of Jamaicans contribute to the National Insurance Scheme (NIS), which at the current retirement age of 65 years, provides a fortnightly average payment of approximately $5,600 or $11,200 monthly.

"And, only about 8.9 per cent of the employed labour force, which is estimated at slightly more than one million persons, are contributing to an approved pension scheme," she underscored.

"This is against the background that the population of citizens age 60 and over will surpass the youth population in approximately 30 years from now. Hence, our country is growing old before it gets rich," Smith said.

She stated that, given their low pension savings and marginal planning for retirement, many persons will continue to become a burden to their children, other family members or the State.

She posits that the country is positioned to widen the conversation and increase education about pension planning and savings, given the growth in the economy to support more robust pension systems.

"We need to consider that, in addition to being a social safety net, a prudently managed pension system can spur economic growth," underscored Smith, pointing to the benefits achieved by countries, such as Chile, where strong pension management resulted in positives for the economy.

At the same time, the World Bank indicates that Chile was able to increase its gross domestic product by nearly five per cent between 1981 and 2001, by reforming the country's pension system and increasing pension savings.

Citing the Chilean approach in the 1980s, Smith says that the Government of Jamaica should explore instituting a compulsory pension scheme to increase the savings under pension, adding that the Cayman Islands has also implemented a similar system, which has benefited the Cayman economy. And, beyond NIS payments, workers, whether they are employed by a company, or self-employed, should make individual contributions to an approved pension fund.

In that regard, she said the country should look to engaging in more informed dialogue about the subject of pension reform to support economic growth, and avert a poverty crisis, particularly among the country's retired population, over the next three decades.

"Therefore, as we discuss pension reform in the public sector, we also need to seriously plan for the rest of the population," she said, pointing to current public sector pension reform legislation before Parliament, "which could result in public-sector workers paying five per cent of their salary for pensions; and parish councillors and parliamentarians six per cent, come April 2017".

However, the licensed pension professional maintained that new strategies must be identified to make pension savings an obligation for all persons in the workforce.

"When we discuss mandatory pensions, we cannot look at the NIS as the sole option. Our experience reveals that the returns are not adequate," she comments, pointing to the low level and inconsistency of contributions, which results in marginal payouts to existing contributors to the scheme.

According to Smith, the NIS should, perhaps, be treated as the first tier in a three-pronged system, in keeping with World Bank recommendations; with the second level mandating all citizens to contribute to a private scheme or superannuation fund; and the third promoting voluntary savings.

"Citizens should do all three," she posits, noting that, "persons already making contributions to a superannuation fund should also contribute to an approved private pension scheme."

She also maintained that, "Although the NIS is already mandatory, there is no penalty if anyone fails to make a contribution; and, in addition, there is a cap on what you can contribute and receive from the NIS at retirement."

Reiterating the economic benefits, Smith asserts that pensions provide a pool of long-term funds, which can be used to invest in upgrading public infrastructure; enhancing community development; and, in the final analysis, increase the wealth of the country.

"These pension funds should be invested to upgrade health facilities, construct better rural roads, highways and other amenities, which any developing country needs to become successful," she stressed, noting that Chile was able to progress by implementing a compulsory pension policy, which resulted in increasing its pool of funds under pension savings.

"While we seek to control our debt and amend other fiscal indiscretions, we must, at the same time, be looking at how we can fix our pension plans, so that we do not have to deal with marginal, or no financial resources, for our ageing population, 30 years or six administrations later," she emphasised.