Committee to examine laws on violence against women, children to begin work soon 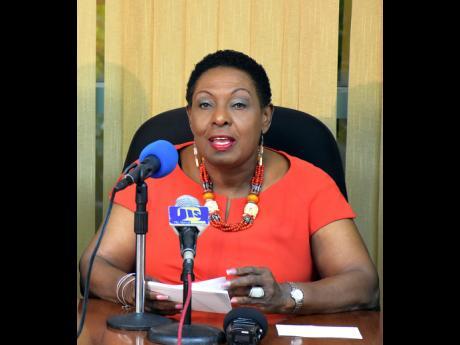 Gender Affairs Minister Olivia Grange has announced that the committee to consider legislation to respond to violence against women and children will soon begin its work.

The committee is to be chaired by the Justice Minister, Delroy Chuck.

It will examine and make recommendations for amendment to the Sexual Offences Act; Domestic Violence Act; Offences Against the Persons Act; and the Child Care and Protection Act.

The committee went dormant in 2014, but the Jamaica Labour Party Administration earlier this year promised it would be reconvened amid a spike in violence against women and children.

The matter has again been brought to the fore, following last weekend’s murders of two women, allegedly by their spouses.

On Sunday, 18-year-old Shantea Thelwell, of Wells Lane in Sandy Bay, Hanover was stabbed to death allegedly by her boyfriend during a dispute.

A day earlier, 31-year-old Kerry-Ann Wilson, was allegedly beaten to death by her common-law husband at her Crystal Towers Apartment in St Andrew.

Grange has condemned the murders and says she is distressed and in grief.

She’s also urging Jamaicans to stop turning a blind eye to gender violence that they know is happening.

Grange notes that violence usually starts with hitting and relatives and friends are usually aware of it.

Meanwhile, Grange also says the National Strategic Action Plan on Gender-based Violence is set for Cabinet’s review at the start of the new year and implementation is expected immediately after.