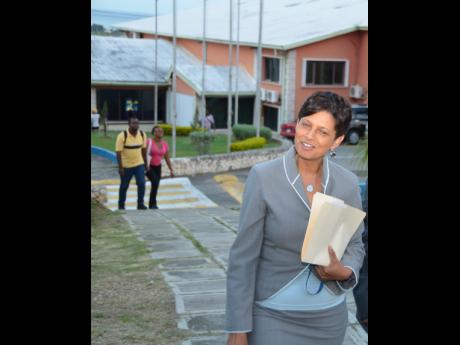 The Commonwealth of Learning (COL) has conferred the title of honorary fellow on Dr Luz Longsworth, pro vice-chancellor and principal of the Open Campus of The University of the West Indies in recognition of her leadership in higher education.

COL is an intergovernmental organisation created by Commonwealth Heads of Government to encourage the development and sharing of open learning and distance education knowledge, resources and technologies. It awards honorary fellowships every three years at its triennial Pan-Commonwealth forums. These fellowships honour carefully selected individuals who have made an outstanding contribution to the growth and development of open, distance and technology-enabled learning in their own country and internationally and/or to the advancement of education and development in the Commonwealth generally.

The designation of COL honorary fellow, which is a designation for life, recognises impact in areas such as leadership and service; published works, including course ware, lectures and presentations and mentorship. Since 1998, the award has been bestowed on several distinguished educators/administrators across the Commonwealth.

Dr Longsworth has more than 30 years' experience in academia and business in Jamaica, the British Virgin Islands, and Belize, where she was the resident tutor and head of the then School of Continuing Studies. She was officially appointed pro vice-chancellor and principal of the Open Campus in 2016. Prior to that, as a senior administrator at the UWI, she served in various posts at the Mona and Open campuses, including director of the UWI Open Campus Country Sites, and director of The UWI Mona Western Jamaica campus in Montego Bay, Jamaica.

In response, Dr Longsworth said that she was truly humbled by this signal acknowledgement, especially since she has always had an abiding admiration for the work of COL throughout the Commonwealth in supporting online, flexible and distance learning. She was honoured to accept the award, she said, not just on her own behalf but "as part of a unique and outstanding institution, The University of the West Indies." She went on to say, "I am so pleased that the work of The UWI and, in particular, the UWI Open Campus in Distance Learning is being acknowledged and honoured by this prestigious organisation."