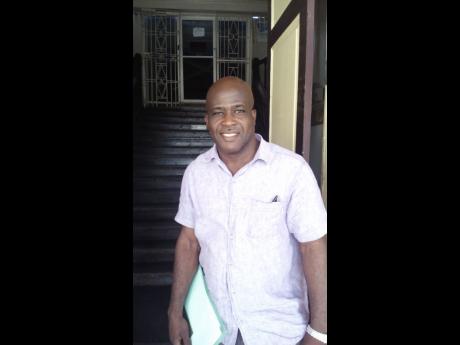 Newly installed councillor for the Ensom City Division of the St Catherine Municipal Corporation George Moodie said that in addition to carrying out his regular function of advocating for community amenities, he will be taking steps to stem the erosion of family values in his division.

Moodie told Family and Religion that he will shortly put in place a collaborative committee to incorporate members from schools, churches, citizens associations, and the business community, and in addition to keeping him abreast of happenings in the communities, their primary function will be to execute a programme aimed at stemming the erosion of the family.

"Bringing back the fabric of the family is dear to me," Moodie disclosed.

"Based on my observation and interaction in the communities in my division, I recognised this deterioration in family values."

Continued Moodie: "I took it personally, and this is why I run to make a difference," explaining that at the age of 14, he witnessed his father leave the home and never came back.

"The idea of knowing that my father was in the home therefore we would get dinner was so exciting," he stated, adding that his father leaving was devastating and led to a broken family.

"I am in a position where I can motivate the males in my division, educate them as to how to best change this picture of broken homes, which is largely contributing to the erosion of family values," said Moodie.

He disclosed that the process would involve workshops using noted family life advocates to make presentations to the males, who wouldbe invited to participate.

"We will try to capture the young male population so we can pass on to them the importance of the family unit and the inculcation of good habits like having dinner together, praying together, and even opening the door for the lady," he said.

According to the new councillor, schools, churches, and other institutions would be the beneficiaries of young men with a more positive attitude towards the family and society.