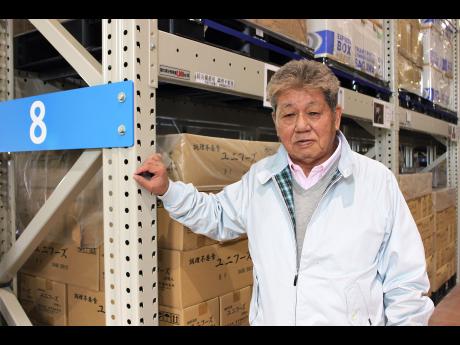 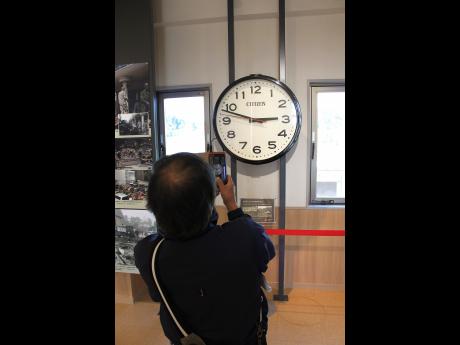 Amitabh Sharma
A visitor takes a photograph of a clock that was in a local school, which stopped at 3:46 p.m., when the earthquake struck on March 11, 2011. 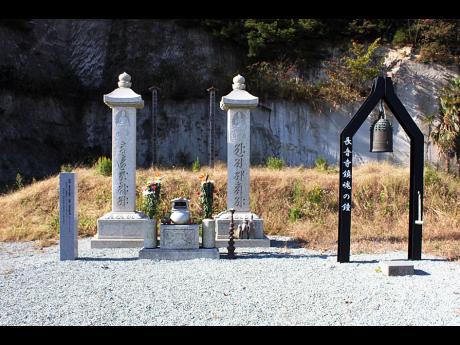 Amitabh Sharma
Only the bell and some statues from this Buddhist temple in Higashimatsushima survived the surge of the tsunami, which killed thousands of the city's population.
1
2
3

THE MARCH 11, 2011 tsunami in Japan left in its wake a trail of death and destruction, but it also united a community.

"The wall of water was 10.5 metres high and it surged, leaving the city inundated," recalled Shuya Takahashi, director of revival policy at the Revival Planning Division of the Higashimatsushima city office.

"It was eight community-based organisations that came together. We did not wait for any external help. Self-help was the best approach and we immediately sprang into action," noted Takahashi, who, like many others in this coastal city, went on the road, wading through debris, silt, receding water, and collapsed structures to help fellow citizens.

With 65 per cent of the urban area submerged, it was not an easy task. People had to forget their personal challenges and trauma to be at ground zero.

Takahashi's daughter died in this disaster.

"She was a university student," he said.

"She was trying to help an elderly person when she got swept away by the tsunami waters," Takahashi added, the sadness over his loss evident in his eyes.

It was a complex situation, according to the city official, as nothing of this scale had happened in anyone's living memory.

Efforts to rehabilitate and rebuild later took priority as community members collaborated to share ideas on the best way forward.

"We held a series of consultations with various groups, senior citizens, city officials and even schoolchildren to give their recommendations on the reconstruction processes," he said.

Efficiency of the processes was backed by the local and the central governments, which passed a legislation to add 2.5 per cent tax to aid in the reconstruction and rehabilitation. The legislation took one year to pass.

Since then, a stockpile warehouse has been built, accommodating from canned food to solar-powered lamps, portable toilets made of cardboard, and appliances.

"These supplies can sustain 4,000 people for three days," informed Mitumasa Otsuka, who has responsibility for the warehouse.

"The supplies are checked regularly for their usability and the perishable goods are replaced every two years. The ones nearing expiry date are distributed during public festival and events," he noted.

Near the Higashimatsushima town coastline a canal flows, the ripples of water on the surface are calming, but on that fateful March day, the tsunami broke the banks and gushed inwards.

Like a domino effect, the wall of water destroyed homes, shops and public buildings along its path and scores were caught and swept away in the deluge.

Today, a new township of Higashimatsushima a smart eco town is taking shape on the hills, way above the 9-metre surge of the tsunami waters, with a hope and prayer that the future generations will be safe, should another disaster strike.